The Balvenie announces the release of The Balvenie Fifty: Marriage 0614 a whisky half a century in the making and the third and final in an acclaimed series of unique expressions. The bottling is comprised of highly rare liquids from American and European oak casks aged 50 years or more, meticulously selected by Malt Master David Stewart MBE, from some of the most precious, mature stocks in The Balvenie Distillery. 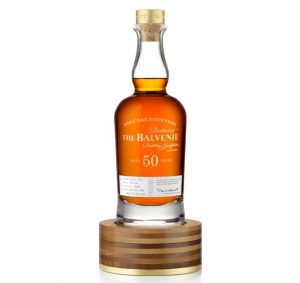 Liquid given 50 years or more to express itself can develop extreme variances of taste, strength and depth, making this a difficult craft to master and one which is rarely attempted. The Balvenie Fifty: Marriage 0614 continues to incorporate the five casks used in the Marriage 0197, released in 2019, with the addition of liquid from two new casks. David’s latest achievement successfully introduces these new liquids, while balancing the constituent liquids’ precise and delicate notes. The creation of The Balvenie Fifty: Marriage 0614 shows his ongoing dedication to innovation and displays his unparalleled knowledge and understanding of stock selection.

The final liquid, bottled at 46% ABV, is rich and deep on the nose with notes of dark spices and fruit cake, with sweeter aromas of dried fruits throughout, ending with a ginger spiciness. The liquid is rich and lush on the palate; hints of bitter chocolate are followed by an intense spiciness, balanced with the sweetness of honey and well-integrated oak tannins.

“It’s an honor to be able to share such a rare, distinct whisky as Marriage 0614,” says Stewart. “Its creation let us reach into the distillery’s oldest and most precious stocks, and working with such varied liquids, with all their distinct palettes and differences in maturity and ABV, is undoubtedly one of the most enjoyable and challenging aspects of my role as The Balvenie Malt Master. Although Marriage 0614 is, in part, derived from the same five casks used for last year’s release of Marriage 0197, the additional two casks have added a new dimension to the final liquid, which is a delicate balance of deep, dark spices, bitter chocolate and a sweetness imparted from notes of honey and oak. These innovations in marrying the liquid, and the unexpected twists of whisky maturation, continue to present us with new challenges and opportunities to create unique and precious Balvenie expressions.”

The Balvenie Fifty: Marriage 0614 continues the distillery’s rich history of 50-year-old variants. Its first expression was a 1937, bottled in 1987, at a time when such vintages were incredibly rare. The 1937 was a vatting of four constituent casks, each imparting its own distinct flavor to the final liquid. In another 50-year-old expression and the distillery’s smallest ever release in 2002, a mere 83 bottles were drawn from the famed Cask 191 – The Balvenie’s last remaining casks from the 1950s.

In honor of David’s 50th year with William Grant & Sons in 2012, The Balvenie’s third 50-year-old was drawn from a 1962 European oak sherry hogshead. Just 88 bottles were sold in this limited release to mark the occasion. 2014 saw the twin bottlings of two identical casks from 1963, which had matured with markedly distinct characters. The Balvenie Fifty: Marriage 0614, which follows the Marriage 0197 released in 2019 and Marriage 0962 released in 2018, continues this tradition of experimentation as part of a series of 50-year-olds with an even more rich and complex story.

Every bottle of The Balvenie Fifty: Marriage 0614 is presented in a beautiful wooden canister, made from elm trees sourced from the grounds of The Balvenie Distillery. Each cannister is comprised of 50 layers, 48 layers of elm and two of brass, expertly handcrafted by Scottish wood craftsman, Sam Chinnery, at his workshop on Bruntlands Farm near Elgin, Scotland. The presentation also includes a gold-plated certificate and bottle glorifier, inscribed with the tasting notes of each constituent cask and the taste, palette and finish of the final marriage. The decanters for Marriage 0614 have been hand-blown from 100% lead-free crystal by Brodie Nairn and his team of expert craftsmen at Glasstorm – based in Tain, Scotland. The bespoke design of the glass decanter is a sleek reinterpretation of the classic Balvenie bottle shape, which itself mirrors the silhouette of the copper stills at the distillery. 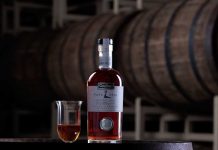 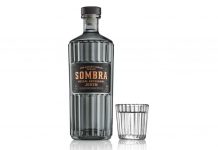 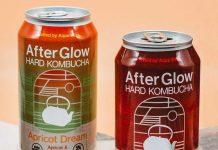