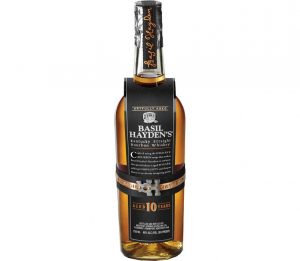 “Basil Hayden’s 10 Year Bourbon is a truly unique expression that offers the perfect blend of our whiskey’s trademark spice, balanced with a caramel sweetness and oak as a result of the extra aging in American Oak Barrels,” said Jon Marks, Brand Director for Small Batch Whiskey at Beam Suntory. “This annual release offers something special for our fans to share with family and friends as they gather in a socially safe way.”

Best enjoyed neat, with a drop of water, or on the rocks, Basil Hayden’s 10 Year Bourbon features the following characteristics:

This bourbon is now available nationwide in limited quantities with a suggested retail price of $69.99 for a 750mL bottle.