Dixie Beer, New Orleans’ oldest operating brewery, is excited to announce its new name. Since 1907, Dixie has been the neighborhood beer of New Orleans and its brewery will soon be renamed the Faubourg Brewing Company. The new name is a tribute to the diverse neighborhoods of New Orleans, as faubourg (pronounced fo-burg) is a French word that’s often used interchangeably with “neighborhood” in New Orleans. 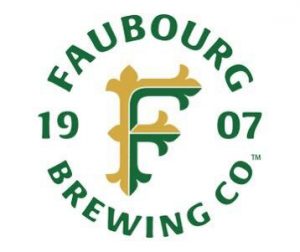 “When my husband and I acquired Dixie Beer in 2017, we recognized that we were investing in more than a brewery, we were investing in a strong and resilient community,” said Gayle Benson, Owner of Faubourg Brewing Company. “When the team embarked upon this journey in June, we understood that our new name must encompass the spirit and diversity of all of New Orleans unique neighborhoods. The Faubourg Beer Company is a celebration of our city, our people, and our commitment to New Orleans. Our investments in New Orleans East will continue, and bringing jobs and economic opportunity to our community will remain at the forefront.”

Over the past several months, the brewery has engaged with hundreds of New Orleanians, including beer drinkers, hospitality workers, culture bearers, local historians, among others, to participate in rebranding process. Just last month, the brewery enlisted the public’s help, receiving over 5,400 online submissions of names they believed represented the community and culture of New Orleans.

“We took a deliberate approach to the name retirement and rebranding process. We have a tremendous amount of respect for our customers and the countless good memories that our products have helped to create since 1907. Throughout this project, there were brand name suggestions that kept coming up in conversations with our team as well as the community, and one of them was “Faubourg,” said Jim Birch, General Manager. “Our products have always brought people together, and we believe, like so many others, that “Faubourg” is a unifying name that celebrates every corner of New Orleans. Our beer has been served in this city’s neighborhood bars and markets since 1907 and we look forward to the next 100 years. We’re grateful for the incredible participation from the public and it’s our pleasure to share this new name with everyone now.”

The brewery proactively decided after very productive conversations with leaders of our Black and Brown communities to retire the name “Dixie” this past June. This decision was made while our nation continues to have critical conversations about social justice issues that have caused immeasurable pain and oppression of Black and Brown communities.

While the brewery ramps up this new brand, customers can expect to see the new Faubourg Beer on shelves and taps in early 2021. Until then, products remain available under the Dixie brand.

The Faubourg leadership team also plans to enhance the existing Dixie Beer Museum at the brewery into a New Orleans Beer Museum, and pay homage to the city’s 300+ year brewing history and the great early New Orleans beers, including Dixie.

“We proudly brew great beer in New Orleans, and that will continue with the Faubourg Brewing Company. Our commitment to New Orleans and our customers will not change because we have a new name. And, we look forward to spreading a taste of New Orleans across the country with Faubourg,” Birch added. “This endeavor is so much greater than a name, it is a continuation of Mrs. Benson’s investment in our city and an industry for the next generation.”