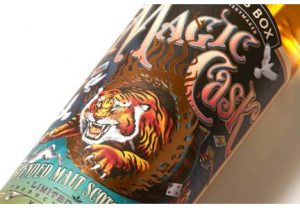 “Sometimes just one cask in a blend of many can provide the touch of magic that allows the whole arrangement to sing,” says Compass Box Founder and Whiskymaker John Glaser. “We first took advantage of this phenomenon in 2006 when an experimental whisky, finished in an ex-Madeira barrique, led to the limited edition bottling we called Magic Cask. In 2021, we’re delighted to be able to share with you again the magical influence one exceptional cask – a Sherry-seasoned cask in this case – can have on a recipe.”

Whiskymaker James Saxon adds, “We have had samples of whisky from the lost Imperial Distillery in our Blending Room for some time. Aged in first fill Bourbon barrels, the spirit is brimming with fruit and vanilla notes and exhibits a lovely tongue-clinging texture. However, finding the right project and accompaniments to this parcel of single malt proved a challenge. Then, last year, we discovered cask #2 amongst samples drawn from our 2016 Sherry cask maturation experiment. Full to the brim with cherry fruit and cedar spice character, it was a remarkably precocious whisky. When combined with the parcel from the lost distillery, it created an exceptionally rich and layered blended malt Scotch whisky.” 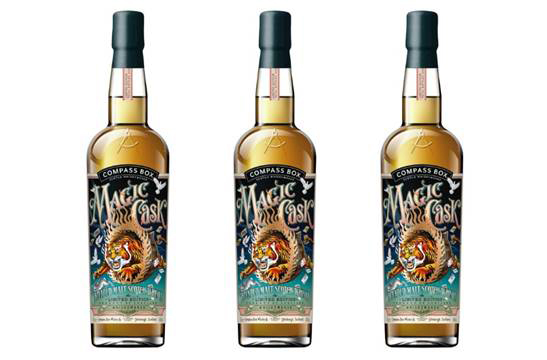 Serving Recommendations:
Savor Magic Cask neat, as a digestif, to appreciate its power and depth.