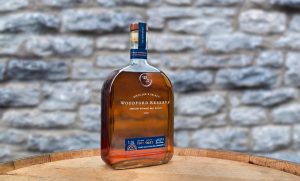 Created by Master Distiller Chris Morris, the Malt expression illustrates his keen eye for craftsmanship while keeping the integral character of Woodford Reserve at heart. Woodford Reserve Malt is being re-released for purchase globally beginning in September 2019.

The grain bill is 51 percent malt, resulting in a whiskey that complements the nutty characteristics found in the original Woodford Reserve.

“We are pleased to announce Woodford Reserve Malt is once again available to our consumers,” Morris said. “The demand for this special liquid was remarkable, and we are excited to have the product available once again.”

Coming out of Prohibition, the Federal Government approved four straight whiskey standards: Bourbon, Rye, Wheat, and Malt. These reflected the types of whiskeys produced in the United States prior to Prohibition. While most people associate malt whiskey with Scotland, Kentucky has a pre-Prohibition history of malt whiskey production. Woodford Reserve Malt draws upon this heritage for inspiration.

Woodford Reserve Malt is produced with the same heritage and tradition that surrounds the iconic Woodford Reserve Distillery in Versailles, Kentucky. Since the mid-1800s, the site has been known for its visionary approach to distilling and is today is visited by more than 140,000 visitors each year.

Taste: Dark chocolate and caramel covered nuts are dried out with a sprinkle of cocoa and brown spice. Faint ripe tropical fruit brighten a trace of toasted coconut and oak.