Dating all the way back to 1840 in Naples, Italy, Del’s Frozen Lemonade began when great–grandfather Delucia carried snow into nearby caves, insulating it with a straw and then combining it with sugar and fresh lemon juice for a delectable frozen drink. Nearly a century later, DeLucia’s great–grandson Angelo brought the recipe to Cranston, Rhode Island, where locals got a first taste of the now beloved summer beverage. Today, Del’s Frozen Lemonade is symbol of summertime, revered by New Englanders as a go–to hot weather treat and available statewide in several varieties.

“If you ever want a quick way to start a heated debate with your neighbor here in Rhode Island, and I know you do, just ask what their favorite Del’s flavor is,” says Mark Hellendrung, President of Narragansett Beer. “While Del’s has made a ton of great flavors in the last 70+ years, around here it’s the Lemon and Watermelon that we argue over the most. So we figured, ‘why not fuel the fire’? I suspect our Nobel Peace Prize is in the mail.”

At 4.7 ABV, these thirst-quenching beers are light and juicy summertime staples. The Del’s Lemon Shandy and the Del’s Watermelon Shandy are available in six–packs of 16–ounce tallboys and 12–packs of 12–ounce cans for market price ($10.99 and $15.99 SRP, respectively), as well as draft. Both will be distributed throughout the entire Narragansett footprint beginning April 15th, 2019. 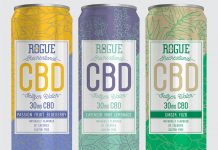 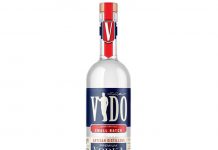 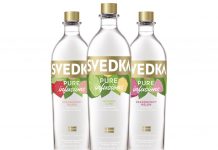