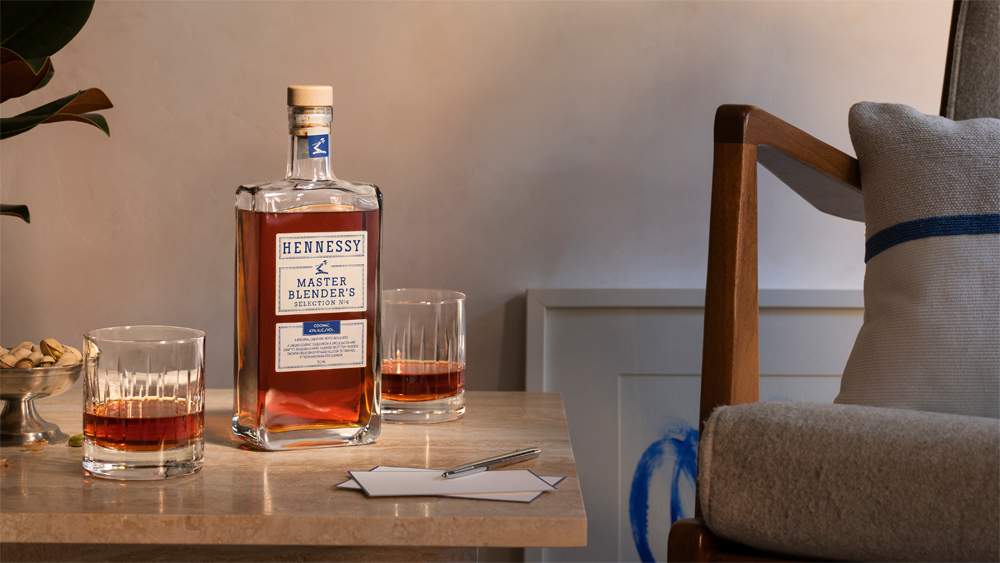 At Hennessy, Cognac is not made, it is crafted. For the world’s leading Cognac producer, this philosophy beautifully comes to life when the Master Blender is given complete freedom of expression and creation.

Like the first brush stroke on a blank canvas, the Master Blender’s Selection series reflects boundless freedom of expression, created to be a personal statement, and foremost, change the traditional perceptions of Cognac. Available for a limited time, the single-batch Cognac is the result of 250 years of savoir-faire, made possible by unparalleled expertise.

The freedom of Renaud Fillioux de Gironde – eighth generation Hennessy Master Blender from a family lineage that has remained unbroken for more than two centuries – brings a blend that encapsulates the spirit of true craftsmanship. One of a kind, and never to be replicated, the limited edition is a result of a selection of high-quality eaux-de-vie, singled out with great potential and set aside in the Hennessy cellars specifically for the Master Blender’s imaginative creations.

Hennessy Master Blender’s Selection N°4 is based on an intimate inspiration after a brisk winter walk in the Cantal mountains, a blend that began with one single eau-de-vie tasted by Renaud Fillioux de Gironde during a daily tasting years before, a taste that stayed with him, meticulously compartmentalized for this moment in time.

“When creating this blend, I was inspired by the contrast of a ‘thermal shock,’” explains Renaud Fillioux de Gironde, Hennessy Master Blender. “Going from feeling one’s smallness in such a wide open space to being inside, passing from daylight to the darkness of night, from solitude of the forest, being completely exposed to the elements in nature, to an environment of complete comfort and cozy abandon surrounded by friends.”

As the second single batched creation of Renaud Fillioux de Gironde as the Hennessy Master Blender, the new blend differences itself from the earlier editions with its marked freshness and delicate side. Crafted with eaux-de-vie at least five years old that were aged in young French red oak barrels, Hennessy Master Blender’s Selection N°4 is a crisp, light amber Cognac with a slightly tarnished golden robe. It is characterized by aromatic liveliness, featuring notes of fresh apricot, candied orange peel and hints of fruity spices. On the palate, there is a sense of crispiness, making it to feel as if the blend crunches under the tongue.

Unlike most Hennessy Cognacs, Master Blender’s Selection is a true single batch: blended only once, never to be replicated again. Maintaining the tradition of this remarkable Cognac series, the Master Blender’s Selection N°4 is bottled at 43% ABV, a great level to preserve each eau-de-vie’s distinct personality. It is best enjoyed neat, or over large rocks to ensure the Cognac’s structure remains untouched.