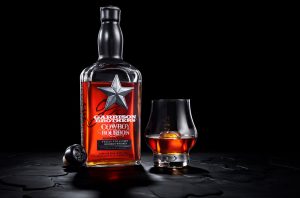 Garrison Brothers Distillery announced the release of Cowboy Bourbon™, the rarest, most coveted release in the company’s portfolio of ultra-premium, Texas-born bourbon whiskeys.

In celebration of Bourbon Heritage Month, Cowboy Bourbon™ will be available at
Garrison Brothers Distillery in Hye, Texas, for a limited time beginning September 21. The special edition 134-proof bourbon is bottled at cask-strength and comes from barrels hand-selected by the distillery’s founder and its master distiller. In bourbon connoisseur circles, The Cowboy has become known as the crown jewel of Garrison Brothers’ homegrown bourbon family.

“Cowboy Bourbon™ typically sells out within a few hours of its release,” said Dan Garrison, founder and proprietor of Garrison Brothers Distillery. “Cars start lining up at 6 a.m. on release day, even though distillery gates won’t open until noon. By 10 a.m., our little farm road is backed up to the highway with eager patrons looking to get their hands on a bottle or two. Our fans are incredibly excited about the 2018 release.”

In 2012, master distiller Donnis Todd filled 2,222 barrels with 124-proof “white dog.” In 2016, when the barrels reached four years of age, Todd tasted his way through them and selected 208 for use in the 2017 Single Barrel “choose your own barrel” program. While he
tasted his way through those barrels, he discovered 182 barrels that he fell in love with for various reasons. Todd refers to these barrels as his “piggy banks.”

“Piggy banks are rich, dark, sweet and exquisite,” said Todd. “We set those barrels aside at the distillery in a secret barn that shall forever remain anonymous and mysterious.”

Todd emptied these “piggy banks” in December of 2017 to let the bourbon rest, mingle and breathe in a stainless steel tank for eight months. Garrison and Todd describe the prized liquid like this: “A bare-knuckled heavyweight prizefighter. Big, rich, and oily. Looks like mahogany syrup in a crystal glass. Ground cloves tickle your nose with still-smoking branded leather, caramel, and chili powder. Says ‘BOOM’ on your tongue! Milk Duds. Licorice. Mom’s chocolate satin pie. Segues to s’mores on toasted cinnamon graham crackers. Scorched honey and sweet molasses. The finish is long and solid with tobacco leaves, tawny port, toffee, pecans, and chocolate fudge.”

Garrison Brothers will celebrate the release of Cowboy Bourbon™ with a party at their distillery in Hye, Texas, on Friday, September 21. Dubbed Cowboy Round-Up, the daytime party will feature frozen cocktails by Frost 321, a mobile cigar lounge by Habana Cowboy,
and food offerings from Chef Jake Gober of Silver Whisk. Distillery gates will open at noon and the festivities will last until 6 p.m.

Only 500 bottles of Cowboy Bourbon™ will be available at the distillery in Hye, Texas, beginning September 21 at Hye Noon. 2,500 bottles will be distributed to Texas liquor stores, bars, and restaurants, and 1,725 bottles will be distributed to the other 25 states and military bases where Garrison Brothers is sold. Each bottle comes packaged in a decorative wooden box with a weighty pewter medallion emblazoned with the release year around the bottle’s neck.

As part of an ongoing partnership with Team Rubicon, a non-profit veteran service organization that uses disaster response to help reintegrate veterans back into civilian life, Garrison Brothers Distillery will donate $5 to the organization for every bottle of Cowboy Bourbon™ purchased between September 21 and November 1.

“It will sell out,” said Garrison, “even at the Texas law limit of two bottles per person per 30 days. Don’t ask for a taste; we won’t sample it. Don’t show up a week later looking for it; it’ll be gone. And no, we do not hold, reserve or take payments by phone or email. If you do find yourself blessed by a bottle of this and share it, you will be helping us change the world.”