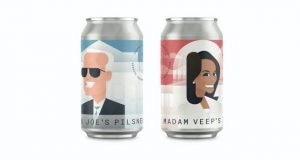 Brewed with Saaz and Mt. Hood hops, Amtrak Joe’s Pilsner is a crisp, light, and refreshing 4.7% ABV craft lager. Brewed with Mosaic and Citra hops, Madam Veep’s IPA is a 5.7% ABV juicy pale ale, packed with citrus flavor. Made in collaboration with OccasionAles.com, both beers are available for order online. Orders are available for pickup at Atlas Half Street Brewery & Tap Room starting January 16.

Atlas Brew Works is excited to announce its DTC shipping program now includes Maryland and Ohio. Marylanders and Ohioans, in addition to Virginians and Pennsylvanians, can get Atlas’ solar-powered craft beer delivered right to their doors. 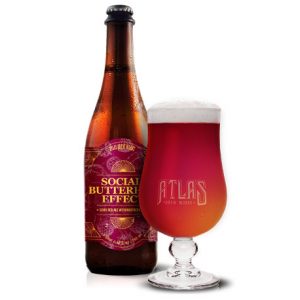 Grab a bottle of Atlas’ limited release, the Social Butterfly Effect, available in the coming weeks. The barrel-aged red is one for true sour beer lovers. The team of brewers started with a blend of three beers aged up to three years and added 240lbs of raspberries, giving the Social Butterfly Effect a mouth-puckering raspberry punch. Bottles will be available for purchase at both Atlas Brew Works Tap Room locations in the coming weeks. Follow @AtlasBrewWorks on Instagram for updates and rollout date announcements.

On Friday, February 12, and continuing the second Friday of every month for the foreseeable future, join Atlas Brew Works for an intimate virtual tasting of its solar-powered craft beers. On February 12, Founder & CEO Justin Cox and Head Brewer Daniel Vilarrubi will walk through the brews and answer any questions. Tasting kits start at $20 and include the guided tasting, a mixed six-pack of Atlas’ core and limited release craft beers, with the option to add additional six-packs, tasting glasses, hand sanitizer, koozies, and other swag for an additional fee.