8-Ball Premium Chocolate Whiskey, America’s first 100% all-natural, chocolate-blended bourbon whiskey is excited to announce a financial and strategic partnership deal with the Maloof family, who have deep Las Vegas roots and a long and successful history both in business and sports ownership. 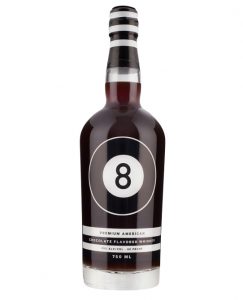 In addition, over the past 6 months, 8-Ball has increased expansion onto the top shelves of every major Las Vegas casino and resorts, including all MGM and Wynn properties, The Cosmopolitan, Caesars Palace and Venetian, as well as Lee’s Liquor and Liquor World.

“We could not be more thrilled to have partnered with Gavin and his incredible family of successful entrepreneurs. With their vast amount of experience and resources, there is no doubt in my mind this relationship will significantly increase our standing as one of the fastest-growing spirits brands in the country,” said Paul Thomas, founder and creator of 8-Ball Whiskey.

“As a family we’re very excited to partner with Paul Thomas on 8-Ball Premium Chocolate Whiskey,” says Gavin Maloof. “Paul brings a wealth of knowledge in the spirits industry, and 8-Ball is a great product with a great future. It’s very difficult to mix chocolate
and whiskey, but Paul has found the magic touch. If you like chocolate, you’ll love 8-Ball; if you like whiskey, you’ll love 8-Ball.”

Maloof, whose family ties to the alcohol beverage industry date back to the 1930s, has taken an active role in introducing 8-Ball to prime destinations in Las Vegas, including Nora’s, The Mansion at MGM Grand, Carbone at The Aria, Prime at The Bellagio, and more.
He also helped place 8-Ball, via Universal Music Group, in the latest music video by DJ Ashba, formerly of Guns N’ Roses.

Headquartered in San Diego, California, 8-Ball Premium Chocolate Whiskey blends the world’s most popular flavor – chocolate – with the most notable spirit – whiskey – using only the finest all-natural ingredients sourced from Madagascar, Indonesia and Mexico, combined with Kentucky bourbon aged for two years in charred American Oak barrels. The result is a smooth and sophisticated flavor with subtle notes of oak, maple and vanilla, yielding both a drinkable whiskey on its own as well as a prime cocktail spirit.

The 8-Ball Premium Chocolate Whiskey brand was established in May 2017 by Thomas, the founder and visionary behind America’s first craft hard cider, Julian Hard Cider. During his global pursuits, many as the Global Alcohol Beverage Ambassador for the US Department
of Commerce, Thomas discerned that the two most beloved flavors worldwide were chocolate and whiskey. Yet, he had never seen them united in a way that showcased their complementary elements, while honoring each ingredient’s distinctive characteristics. Over
the course of the next two years, Thomas formulated countless batches of chocolate and whiskey combinations, until 8-Ball Premium Chocolate Whiskey was born.

To satisfy the brand’s rapid surge in demand, the company recently expanded its production operations by partnering with LeVecke, a wholesale distributor of distilled spirits with its own bottling operations. LeVecke has been recognized as among the highest-volume distilled spirits providers in the US, and is committed to producing products that are sustainable, clean, and responsible.

Enjoyed on the rocks, as a shot or in a craft cocktail, 8-Ball Premium Chocolate Whiskey is currently available nationwide. 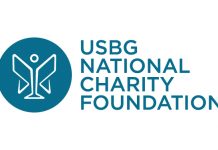 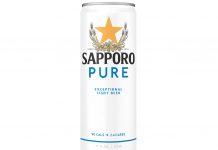 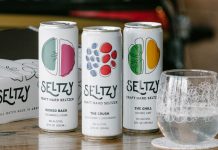