This trio of unique fall brews join Elysian’s first pumpkin release of the season, Night Owl Pumpkin Ale. During the brewing process, locally sourced pumpkins are added directly into the mash. Using only the best pumpkins
in the Pacific Northwest, Elysian brews each beer with a unique recipe and blend of spices and ingredients.

Punkuccino Coffee Pumpkin Ale (6% ABV):
Perfectly blending together beer and a kick of caffeine, Punkuccino Coffee Pumpkin Ale packs a shot of Stumptown coffee into the pint with just a shake of cinnamon and nutmeg, and pumpkin added into the mash, kettle, and fermenter. Pale, brown, biscuit, C-77 crystal, chocolate and kiln-coffee malts provide the body, German Northern Brewer lends a touch of bitterness, and lactose sweetens the beer just a touch. The final result is a toasty, medium-bodied beer unlike any other pumpkin ale with all of the beloved flavors of the Pacific Northwest.

Dark o’ the Moon Pumpkin Stout (7.5% ABV):
A slight smokiness on the nose with malty bittersweet chocolatey flavors, Dark o’ the Moon Pumpkin Stout pours dark as night with a creamy tan head. Brewed with Great Western pale, Crisp 77° Crystal, Munich, Cara-Vienne, roasted, chocolate and Special B malts with roasted pumpkin seeds in the mash and pumpkin added in the mash, kettle and fermenter. Finally, the beer is bittered with Magnum and finished with Saaz and crushed cinnamon, resulting in a spookily smooth fall beer that will have you howling for more.

“Along with Night Owl, our flagship pumpkin beer, we offer The Great Pumpkin Imperial Pumpkin Ale, Punkuccino Coffee Pumpkin Ale, and Dark o’ the Moon Pumpkin Stout, “said Head Brewer Josh Waldman. “Each beer incorporates the choicest pumpkins and spices with its own recipe and ingredients creating four unique, complex, and delicious pumpkin beers spanning our favorite fall flavors, from spicy cinnamon to roast and coffee notes.”Great Pumpkin, Dark o’ the Moon, and Punkuccino, in addition to Night Owl, are available August through the end of October in select US markets in 22 oz. bottles and on draft.

Pumpkin lovers can also try Elysian’s lineup of fall brews at the 2nd annual Great Pumpkin Weigh-Off (October 1st) and the 12th annual Great Pumpkin Beer Festival (October 8th). This year, the Great Pumpkin Beer Festival has expanded to Elysian Fields and the North Lot of CenturyLink Field for a one-day only event. GPBF will showcase over 80 unique pumpkin beers from brewers across the country, including 20 or so from Elysian’s pumpkin-crazed brewers and their collaborators. Tickets went on sale August 1st for those 21+ and can purchased at www.ElysianBrewing.com. 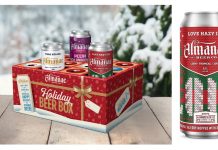 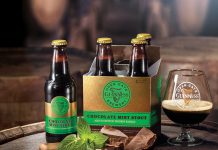 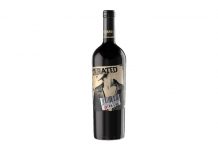