The New Orleans Spirits Competition (NOSC) presented by Tales of the Cocktail Foundation (TOTCF) is pleased to announce the “Spirits of the Year” winners.

The New Orleans Spirits Competition (NOSC) is an international spirits competition bringing wider recognition to fine spirits among top-flight bartenders worldwide, NOSC was founded in 2022, to recognize and celebrate the most distinguished spirits being produced around the world today. Held this year during Tales of the Cocktail’s 20-year anniversary, the inaugural competition was open to all classes of spirits, domestic and international — whiskey, gin, brandy, baijiu, vodka, rum, agave spirits, liqueurs – as well as the emerging
class of non-alcoholic spirits. More than 500 entrants sent samples for evaluation.

The New Orleans Spirits Competition’s Top Awards Ceremony was held today at Meet the Distillers at the Ritz-Carlton, New Orleans. A culmination of the three-day judging process selected by this year’s judges, the Top Awards Ceremony included announcing the “Best of Class” for Whiskey, Rum, Gin, Vodka, Brandy, and many others; recognizing the best spirits on the shelves today.

In celebrating the Spirits of the Year, the NOSC is pleased to announce the winners of the best in each class:

2022 NOSC Spirits of the Year Winners

Whiskey of the Year:

Rum & Cane Spirit of the Year:

Liqueur/Aromatized Spirit of the Year:

Gin of the Year:

Agave Spirits of the Year:

Specialty Spirit of the Year:

Vodka of the Year:

Brandy of the Year:

Non-alcoholic Spirit of the Year:

Judges were seated in four-person panels and served flights of spirits without identifying information other than the class of spirit and proof. Spirits were then rated individually by each judge, with a top score of 100. Scores from each panel were then averaged, and judges conferred.

Spirits earning an average of 90 to 94 were awarded a gold medal; those that rated 95 or above earned double gold. After the medals were decided, the top finishers across each class were ranked relative to one another, with judges marking their top three in
order. These votes determine the best-of-class awards listed above.

The winners were selected following a three-day judging session held at The Ritz-Carlton, New Orleans prior to the start of Tales of the Cocktail 2022. 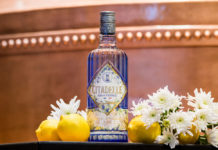 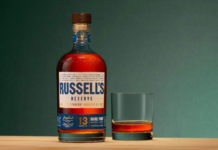