Tres Generaciones® Tequila, created in 1973 to honor a century of the Sauza family’s commitment to their craft, has unveiled the second bottle in its Legacy Edition Series of tequilas: La Colonial Reposado. The series will introduce a new release annually, each celebrating the three generations of Sauza family members and their stories that make up the brand’s heritage. 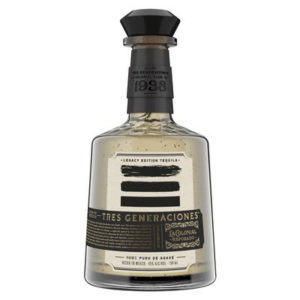 La Colonial Reposado, which is now available in limited quantities nationwide, is a tribute to the second Don of Familia Sauza, Don Eladio. The new expression is inspired by Guadalajara’s first night club, La Colonial Club, which Don Eladio founded in to lift the spirits of the Mexican people after the end of the Mexican Revolution.

“We’re excited about the brand’s Legacy Edition Series because it allows us to illustrate Tres Generaciones’ rich history and bring to life the stories that give the brand its character and depth,” said Andrew Eis, Senior Marketing Director for Tres Generaciones. “By showcasing our founders’ unmatched impact on not only the tequila industry, but also their contributions to culture – in the case of La Colonial Reposado, music and nightlife – we hope to connect with tequila drinkers at those shared passion points.”

The Legacy Edition Series complements the core super-premium portfolio of Tres Generaciones Tequila, available in Plata, Reposado, Añejo and Cristalino – a perfect blend of honoring the past while also celebrating the future and what’s to come.

La Colonial Reposado is now available in limited quantities nationwide for a Suggested Retail Price of $89.99 for a 750ml bottle.