Stewart’s premium craft sodas, made with cane sugar and natural flavors, have been all-American favorites since Stewart’s Root Beer was first bottled in 1924. Over the years Cream Soda and Ginger Beer joined the line-up. In 2021, Stewart’s Enterprise Holdings, Inc. launched Stewart’s Spiked Seltzers, and now Stewart’s Spiked Soda is joining the party! Available in Spiked Root Beer, Orange Cream, Black Cherry, and Key Lime, with ABVs ranging from 4.5-5.5%, the 16-ounce cans are sold in single-flavor 4-packs bearing an SRP of $10.99. 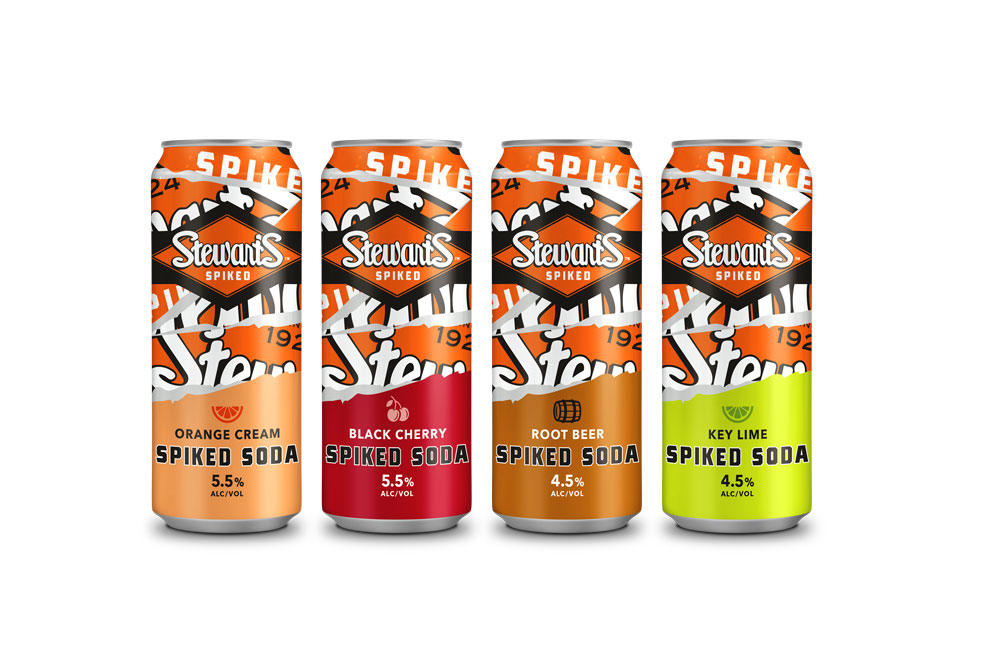 Tony Gaines, CEO of Stewart’s Enterprise Holdings, Inc. says: “We were delighted to develop this line extension which was immediately adopted by chains in Texas and Florida; a Colorado chain was other another early adopter. Many other national chains have expressed interest, too; flavor, authenticity, and nostalgia really sell.”

Stewart’s Spiked Sodas will join Stewart’s Spiked Seltzers in the affiliation with Spikeball, a sports organization with 4+ million players worldwide and more than 150 tournaments annually. The sport enjoys shout outs from celebrities and professional athletes, and has even had star turns on Shark Tank and in Forbes Magazine.