Brew Pipeline announces the launch of Motörhead Ace of Spades Bourbon, its latest collaboration with rock legends, Motörhead. The bourbon will debut in limited edition Sturgis bottles around the rally. Due to popular demand, Brew Pipeline is now taking orders for the high-rye bourbon, which will be available across the U.S. next month. 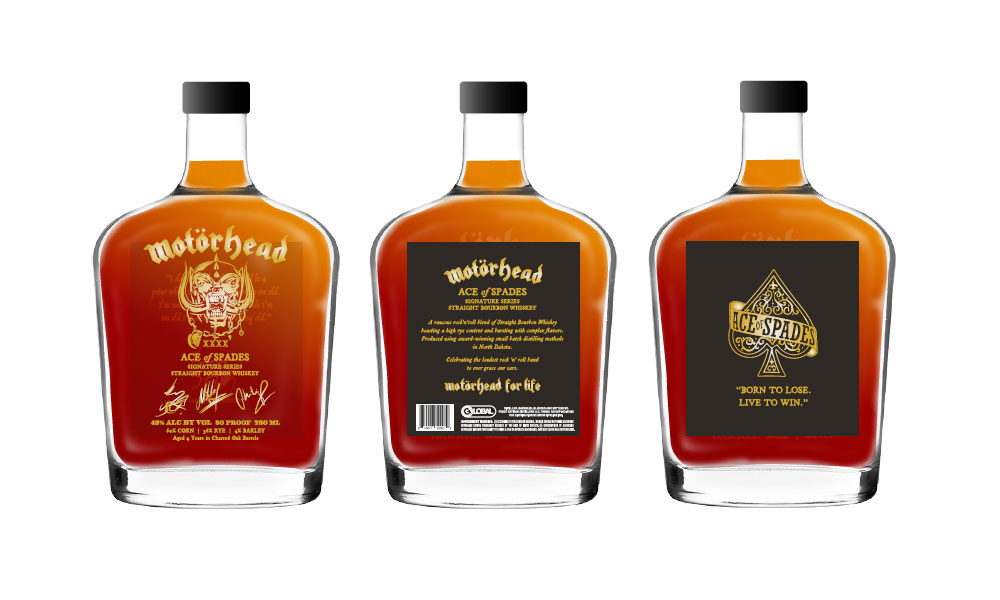 “After years of development, we’re excited to finally release Motörhead Ace of Spades
Bourbon,” says Steve Kwapil, CEO and co-founder of Brew Pipeline. “We wanted to ensure that the bourbon would be able to stand on its own. Proof Artisan Distillers quickly recognized the band’s vision and the end result is incredibly unique, complex and smooth. We’re thrilled to share this collaboration spirit with bourbon and Motörhead fans across the country.”

The Motörhead approved bourbon is produced and bottled by award-winning, small-batch
distillery, Proof Artisan Distillers in Fargo, ND. Aged four years in charred oak barrels, the
bourbon is a blend of 60% corn, 36% rye and 4% barley. With notes of vanilla on the nose, this bourbon has a balanced combination of spicy and sweet flavors with cinnamon, rye, black pepper, and mint. Full-bodied and complex it tastes of oak, caramelized brown sugar, tobacco and cocoa with a strong cinnamon finish. 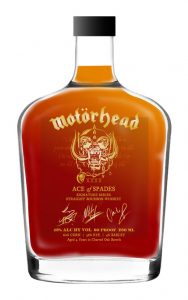 Following the success of Motörhead Röad Crew, an American Pale Ale released last fall, Brew Pipeline once again teamed up with Motörhead and Global Merchandising Services to bring this spirit to life. Band members Mikkey Dee and Phil Campbell have contributed to the development of the bourbon’s flavor profile with frequent tastings throughout the process. Named for their hit album, Ace of Spades, the bottle features artwork from the album cover along with signatures from band members Lemmy Kilmister, Phil Campbell and Mikkey Dee.

Beginning September, Motörhead Bourbon will be available for year-round distribution by Brew Pipeline across the nation.