Beginning in April 2021, Founders Brewing will launch the Bottle Shop Series, a series created as a tribute to the early days of craft; when beer enthusiasts sought out innovation through big flavor, in-your-face complexity and revered quality above all else. This series will kick off with the release of Nemesis, a barley wine-style ale brewed with roasted malts and no shortage of hops for a pleasantly bitter, booming flavor (11.2% ABV). It will hit shelves across the country in 4-packs of 12oz bottles in April. 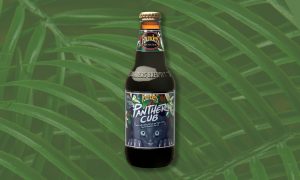 “Shaking things up a bit is somewhat of the norm at Founders,” said Co-Founder and President Dave Engbers. “It’s not just taking the path less chosen – it’s bushwhacking a new trail altogether. This years’ brand calendar has us exploring multiple new styles, revisiting some of our favorite beers from the past, highlighting those who truly helped define our industry and jumping headfirst into the hard seltzer category – approaching it all with the fury only craft brewers like us know by highlighting real fruit flavor and quality above all else. It’s going to be a great year.”

The 2021 Barrel-Aged Series will kick-off with Panther Cub, a robust porter in March 2021. Panther Cub (9.2% ABV) is aged in the finest bourbon barrels available along with a kiss of maple syrup and vanilla extract. The aroma of maple and vanilla combine with a surprisingly deep character to make this rare creature one to gaze upon fondly.

The brewery will also be adding 4 Giants IPA (9.2% ABV), a mashup of four of their favorite imperial IPA recipes, to its year-round lineup. Previously released in bottles as a 2020 limited release, it will be available in 4-packs of 16oz cans and on draft beginning in March 2021.

Want more? Additional beers, including the remaining Barrel-Aged Series beers, Limited Series beers and Mothership Series beers will be announced throughout the year, closer to their release dates. 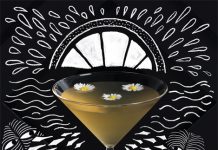