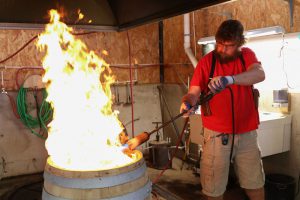 The Rolling Thunder family of products is what sets Rogue apart from other craft breweries and distilleries. “As the only farmer-brewer-distiller-cooper in the world, we are the only company who can create Rolling Thunder Stouted Whiskey completely in house,” says Rogue President Dharma Tamm. “We grow ingredients we use to brew and distill and make the barrels we age those products in. As Rogues, we are excited by the possibility of creating things by hand that no one has the patience to do.”

Opening with subtle aromas of smoke and sea air, Rolling Thunder Stouted Whiskey has notes of dark cocoa, toffee and dried fruit and a coffee and grain finish. 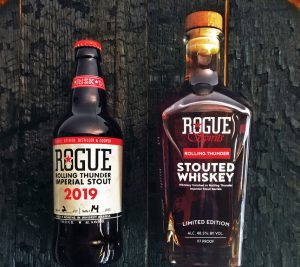 Rolling Thunder Imperial Stout is available in limited quantities nationally in hand-numbered, 500ml (16.9 ounce) bottles. Use the Rogue Finder to find it near you. 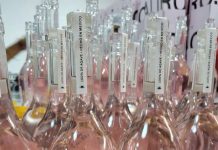