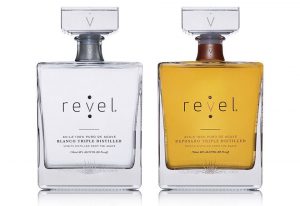 Revel Spirits, the maker of artisanal, award-winning agave-based spirits, is launching both its flagship brand, REVEL, and a new category of distilled liquor, Avila®, made from 100% blue weber agave—the same plant base as tequila—but grown in the Morelos region, a small state in the south central part of Mexico. Founded by three partners with connections to Minnesota, the Revel Spirits team created the new Avila® category to differentiate its REVEL agave spirit from tequila, which can only bear that name if produced in the Tequila region of Mexico.

With Avila®, Revel Spirits is setting out to lead and grow a full-fledged movement, educating trade and mainstream audiences on agave options outside of tequila. What’s more, the growing tequila shortage means Avila®, and spirits like Mezcal, Bacanora and Sotol are poised to fill a tangible need in the market, offering consumers an attractive alternative to tequila.

“There is a huge learning curve when it comes to agave-based spirits,” said Micah McFarlane, CEO of Revel Spirits. “Many consumers and even some industry professionals aren’t aware there is a whole world of agave spirits outside of tequila, each with its own distinct qualities and characteristics. We are excited not only to introduce this new brand and category but also to better educate the world about the larger agave spirits market and what is available to them.”

The REVEL brand is the brainchild of former music executives and colleagues Micah McFarlane and Jacqui Thompson who teamed up with McFarlane’s childhood friend and sales executive Susan Clausen. But the Revel Spirits concept didn’t fully materialize until they met the fourth member of the partnership—Héctor Ruiz—a chef/owner of several acclaimed Minneapolis restaurants and a Morelos native whose family owns and operates the farm and distillery where they produce the spirits.

Unlike the over-farmed Tequila region, which has been in operation for 400+ years, Morelos is new to agave growing, boasting pristine, alkaline-rich soil. In addition, its farmers and distillers share an unwavering commitment to authentic processes and techniques like natural bat pollination and the use of volcanic roasting pits. Moreover, with this new category of agave spirit, Revel Spirits offers substantial, long-term economic benefits for the region, providing the farmers of Morelos with a steady and reliable source of income that will ultimately enrich the whole community.

“When I set out for the U.S. on my own at age 13, I wanted to make a better life for myself and for my friends and family back home,” Ruiz said. “With REVEL, I can now fulfill that promise, as we can offer the people of Morelos a brighter future and control over their own destiny and an invigorated sense of pride for our entire state.”

Sold in upscale bars and liquor stores in Minnesota and California, REVEL is offered in three expressions: Blanco (white), which is immediately bottled after distillation; Reposado (rest), which is aged for 12 months in a once-used whisky oak barrel to provide a scotch-like taste; and Añejo (old age), a 96-proof spirit that is aged for 24 months in new French oak barrels, taking on the flavors of a cognac.

REVEL Avila®, has earned several awards for its expressions, recently, winning silver and bronze at the 2018 San Francisco World Spirits Competition. Other accolades include the gold award from Tequila Aficionado. 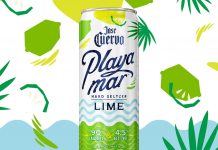 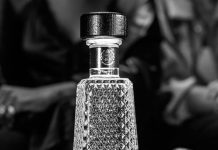 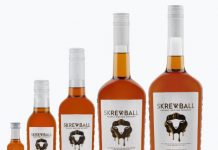