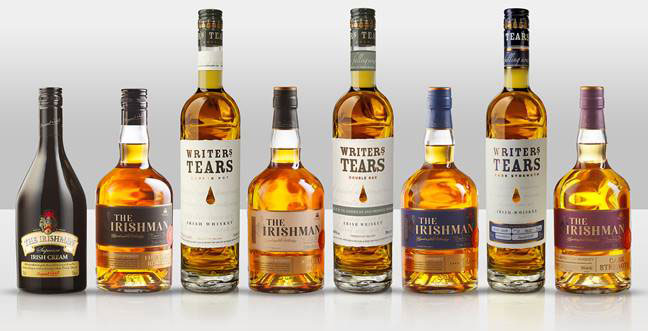 Hotaling & Co., leading importer and distiller of super-premium artisanal spirits, is proud to announce a further expansion of its extensive selection of whiskies from around the world with the newest addition to its portfolio: Ireland’s Walsh Whiskey, producers of The Irishman and Writers’ Tears ranges. Hotaling & Co. will be the sole U.S. importer, assuming all marketing and sales responsibilities, beginning tomorrow, June 3, 2020.

“We were immediately drawn to Walsh Whiskey’s passion and innovative style of blending triple-distilled, Irish single malt and single pot still whiskeys to create a unique flavor profile,” says Dan Leese, President and CEO of Hotaling & Co. “The premium and above Irish Whiskey categories have seen tremendous growth in the U.S. over the past five years, and as one of the most highly awarded Irish whiskey portfolios, we are excited to be the exclusive importer of eight expressions of The Irishman and Writers’ Tears to the U.S. market.”

Walsh Whiskey Founder & Managing Director, Bernard Walsh, says: “Available in all 50 States, The Irishman and Writers’ Tears are now firmly established in the USA with strong growth trajectories in both retail and on-trade channels. We have been attracted by both Hotaling’s deep-rooted whiskey tradition and the quality of its portfolio. Our expressions honor that tradition with unique flavor profiles, including our blends, which combine Single Malt and Pot-Still whiskies, no grain. This blended combination became known as the ‘Champagne of Irish whiskey’ in the 1800s, the golden era of Irish whiskey, and we are the only company producing it two centuries later.”

The Walsh Whiskey portfolio is comprised of The Irishman Handcrafted Irish Whiskey, which launched in 2006 and features several offerings including: