If white wines from Bordeaux were something of a novelty a generation ago, kosher whites from Bordeaux have been almost unheard of – until now. Consumers of fine white wines will have much to celebrate in the coming months when Royal Wine releases an impressive lineup of debuts showcasing the extraordinary recent vintages from the Bordeaux region and beyond.

The sophisticated array includes whites from France and Spain as well as a rosé Champagne from the esteemed House of Rothschild and an elegant red Margaux from one of Bordeaux’s most prestigious wineries.

“We have identified a significant increase in the American wine lover’s interest and appreciation for white wines over the past couple of years,” explains Gabriel Geller, wine blogger and PR Director for Royal Wine. “Rather than simply importing and producing more Chardonnay or Riesling wines, we have instead decided to expand our portfolio of varieties and styles of white wine.”

Geller describes these 2019 releases as “an abundance of exciting riches that just happen to be kosher.”

Château Guiraud is one of Sauternes’s most prestigious properties, and G de Château Guiraud 2017 is the first kosher run of their dry white wine. “This masterfully-crafted blend of Sémillon and Sauvignon Blanc offers a solid structure of vibrant fruit and crisp acidity as well as remarkable complexity,” Geller says.

Geller believes Blaye wines should be taken much more seriously because while relatively inexpensive, they often offer tremendous value. He calls this white Bordeaux from the Côtes de Blaye appellation “the perfect introduction to the lesser-known world of white Bordeaux wines. Its mineral-driven character offers a restrained fruit profile and lip-smacking acidity.”

“There’s a lot more to white wine than Bordeaux,” says Geller. “Sancerre has been booming recently, and other regions within the Loire Valley are producing some stunning expressions of Sauvignon Blanc.” One such region is Pouilly Fumé. This new Royal import, he says, “is quite delightful with its citrus notes and flinty aromas.”

Following the successful release of the first kosher Champagne des Barons Rothschild in 2015, Royal is excited to introduce a Rosé version. A blend of Chardonnay and Pinot Noir, the landmark Rosé Brut features elegant, sharp bubbles and aromas of strawberries, red currants and cherries, as well as mild yeasty undertones.

With its refreshing mouth-feel and bright aromas of lemon zest, Mediterranean herbs, and earthy minerals, Albariño has grown very popular in the U.S market in recent years. A pair of kosher Albariño wines will be making a splash in 2019. Herzog Wine Cellars has come out with the Herzog Special Reserve Albariño, made from grapes grown in California’s Edna Valley. And Ramon Cardova Albariño, the first-ever kosher Albariño from Spain, goes back to the original source with grapes from the variety’s homeland, the Rias Baixas region, on the western coast of Spain on the Portugal border.

Royal has also released a fresh, all-new look to its famous brands of Bartenura Sparkling Wines. The line is now complete with a Sparkling Moscato, a Sparkling Moscato Rosé, a Demi-Sec, and a Prosecco. This quartet’s festive packaging evokes the luxurious quality of wine inside the bottle.

Not to be outdone, the reds are represented beautifully in this batch of new releases for 2019. Royal Wine will proudly introduce yet another first: a kosher cuvee from one of Bordeaux’s most exalted estates. This important Fifth Cru Margaux – a sublime red blend – is a hallmark of the exceptional 2016 family of high-end kosher Bordeaux wines. 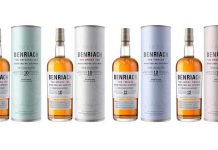 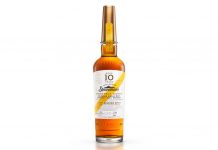 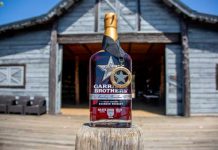