August 6 is International Beer Day, and we suggest upgrading your celebration with a boilermaker.

Traditionally, a boilermaker is a shot of whiskey dropped into a glass of beer, but it can also be an opportunity to pair two craft beverages in a thoughtful way and reflect the craft of cultures from around the world.

We’ve got some boilermaker pairing suggestions for you, courtesy of United States Bartenders’ Guild bartenders. 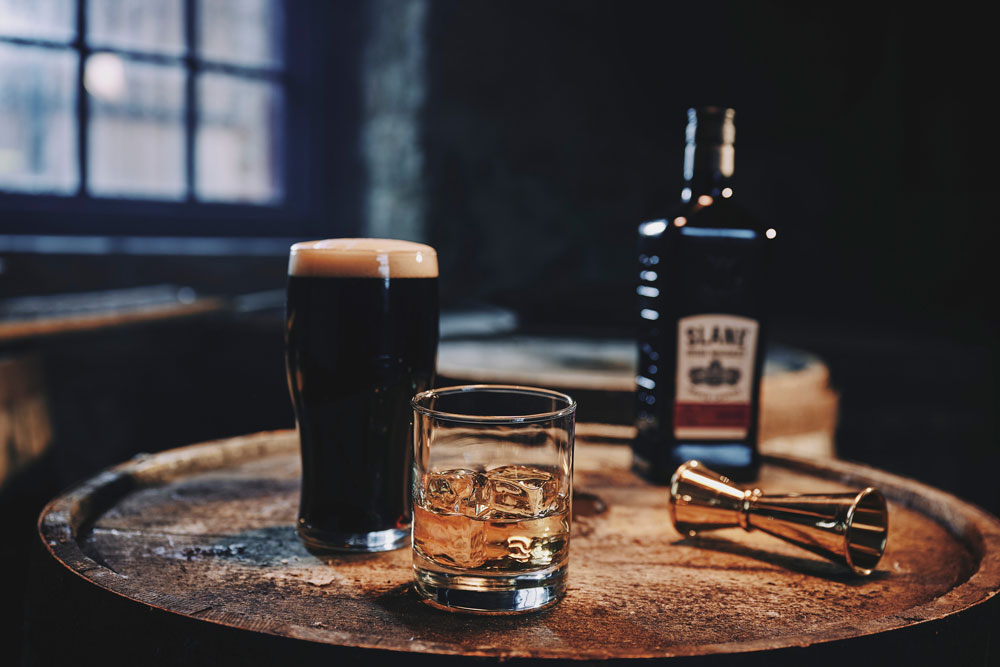 “Slane’s virgin cask has a heavy toast, medium char,” says Lee. “When mixed with a stout beer, chocolate and vanilla notes are highlighted. Great as a boilermaker—or treat yourself to a decadent piece of chocolate ganache cake because why not—you deserve it.”

“Angel’s Envy Bourbon paired with Andechser Doppelbock Dunkel is an amazing duo,” says Yarm. “The beer’s caramel, bready malts, brown sugar, light nuttiness, and earthy tobacco notes match the Bourbon’s base and its cherry, chocolate, and dried fruit notes have a great synergy with Angel’s Envy’s ruby port barrel finish. In addition, the beer’s sweetness helps to cut down on the Bourbon’s heat making for a great alternation of sips.”

“The stout is aged on chocolate, coffee, vanilla bean, and ancho chiles, which is a nice balance of sweet and (not too) spicy, and the Elijah Craig brings some earthy spice, barrel wood notes and smoke, which make for a rich savory pairing,” says Mendonca. “Great alongside grilled or smoked meat dishes or umami-driven vegetables. 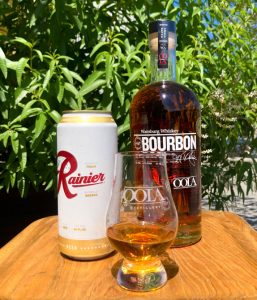 “The 805 has a soft, bread-y, and bright citrusy characteristic that makes for a really refreshing pairing alongside the lighter spiced, lower rye mashbill and body of Sazerac Rye, which also adds some bright, fresh herbal components like mint and licorice, as well as some additional nuances of lemon and orange zest to the mix,” says Mendonca. “A good, cold beer and crisp whiskey collaboration for warmer weather.”