The pursuit of flavorful spirits has now reached the molecular level. Linden Leaf, the Cambridge, UK-based innovators creating wonderfully harmonious and exceptionally balanced spirits, announce their heralded 88 Organic Molecular Gin and Singularity Organic Molecular Vodka are now available in the United States. They are initially being launched at exclusive restaurants, bars and retail outlets in New York, Florida and Colorado as well as being available online across the entire USA. 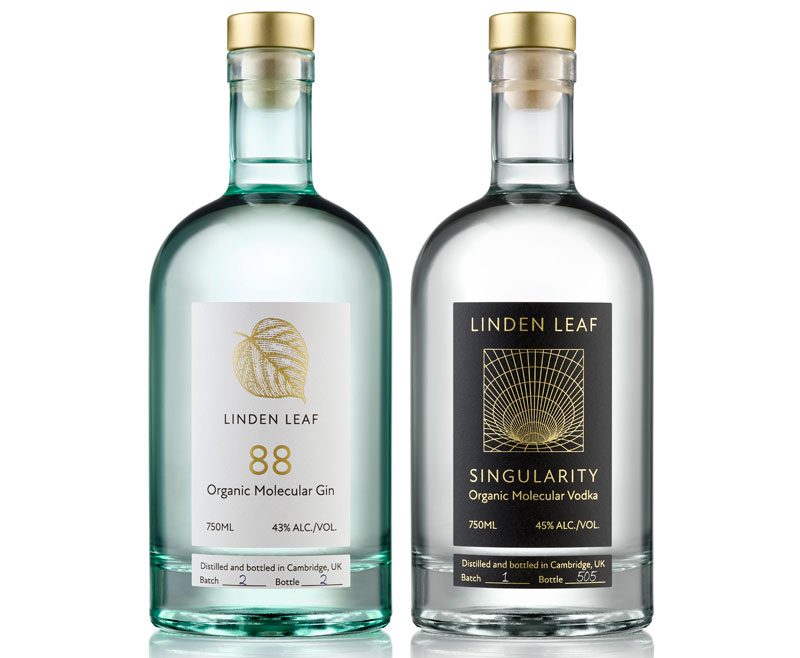 Linden Leaf’s founders, two of whom have science PhDs from Cambridge University, have a near-obsessive passion for food, regularly traveling the world to seek out new culinary and flavor experiences. Immersed in many of the world’s most unique flavors, their natural curiosity got them wondering: what made their favorite foods and drinks taste the way they did? For example, could they determine what makes a fresh, ripe orange taste really “orangey” (Hint: it’s the thinnest 2 mm of the outer layer of the peel, not the juicy pulp) and, conversely, are there components in that orange that actually make it taste less orangey. Not to mention which of the over 400 varieties of orange deliver the best taste experience? (It’s one grown in Spain). And, how do other properties, like mouthfeel, affect flavor?

After experimenting with countless botanicals – all organic and GMO-free – and scientific techniques to extract specific molecules (and rallying hundreds of friends and family as flavor & aroma testers), Linden Leaf’s founders developed a way to identify the exact molecules in each ingredient: for instance, which molecule delivered the limiest lime or the ‘yuzuist’ yuzu fresh-off-the-tree flavor. In the process, they also discovered which of these different botanical molecules worked in perfect harmony with each other and which clearly did not, including which worked best with juniper. They call this “Molecular Craftmanship,” which is the key to Linden Leaf’s unique, perfectly balanced flavor experience.

“Admittedly, we opened up a scientific Pandora’s box when we started chasing exactly which molecules made our favorite food and drink taste the way they do,” said Matthew Webster, one of Linden Leaf’s founding members, along with Mukund Unavane and Paul Bennett. “But countless experiments and testing have led us to a Molecular Flavor Atlas, which we use to create what I believe are the most harmonious, flavorful spirits possible.”

The first practical application of Linden Leaf’s molecular craftmanship theory was the founders’ shared favorite spirit: gin, a product historically rich in taste but often – shall we say – lacking in subtle flavor and aroma qualities. Using what they learned through literally thousands of sample tastings, Linden Leaf was able to create the perfectly balanced gin: 88 Organic Molecular Gin, which features 88 separate flavor molecule notes from 28 botanicals, where the complex flavors and aromas complement each other, unfolding sip after sip.

Linden Leaf gins have five to ten times more flavor-active ingredients than your typical gin: Gin 88 abounds in flavor and aroma extracts, versus the tiny quantities typically found in other leading gins.  In addition, Gin 88 contains more fresh botanicals than any gin in its category. Seventy percent of the citrus used is fresh and, overall, more than 20% of the total botanicals used in Linden Leaf gins are fresh, including hard-to-source ingredients from organic farmers around the world. Gin 88 botanicals include: yuzu, calamansi, grains of paradise and Aztec sweet herb, all built around a core of subtle, organic juniper. On the tongue it delivers a superb, layered perfume and an immensely long flavor profile.

Gin 88 is one of the most awarded gins in the world, with gold medals and accolades at all the major spirit competitions.

Linden Leaf gins are considered Modern English Dry sipping gins due to their delicate flavor complexity. Enjoying them neat or on the rocks allows you to experience each flavor and aroma as it unwinds. Of course, Linden Leaf gins are also a bright, fresh complement to fine tonics and other classic gin cocktails. Gin 88 is 86 proof and retails at $38.88 SRP for a 750ml.

Just as Gin 88 is all about the perfect molecular balance of botanicals, the journey to a super smooth vodka is all about mouthfeel. One of the greatest challenges for Linden Leaf was how to use the principals behind their Molecular Craftmanship to create that supremely sippable vodka. Using what they learned in identifying exact flavor molecules for their gins, single notes and liqueurs, Linden Leaf identified the exact qualities and processes that are critical in making a spirit with smooth, silky mouthfeel. The acidity/alkaline levels (pH) and mineral content of the spring water, and precise temperature-controlled mixing process deliver the smoothest vodka know to science.

Singularity Vodka’s base alcohol is made from a blend of organic/non-GMO modern grains like wheat, barley and rye and ancient grains like spelt. The custom grain blend is specifically designed to produce the very softest alcohol, carefully filtered and distilled five times, leaving only the slightest hint of the base grain flavor. The final blend delivers a velvety mouthfeel devoid of harsh alcohol burn – precisely what you want when drinking vodka straight or on the rocks.

Singularity has a very clean palate, opening with subtle hints of apple and peach followed by clean grain notes—barley and rye—leading onto a finish with suggestions of black pepper. It blossoms when added to ice as the cold properties and melting water create new molecular structures that gradually appear. Singularity Vodka is 90 proof and retails at $28.99 SRP for a 750ml. 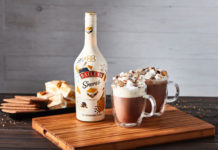