Home News Cathead Distillery Introduces One of the Oldest Barrel-Aged Gins
Cathead Distillery, Mississippi’s first and oldest legal distillery, is thrilled to announce the release of three age statements of their award-winning Bristow Gin, including a 1-, 4-, and 7-year Barrel Aged Reserve. Aged in brand new American Oak barrels, the gin’s signature blend of botanicals evolves as the oak imparts both character and depth to the recipe through an infusion of citrus, caramel, cardamom, and vanilla. 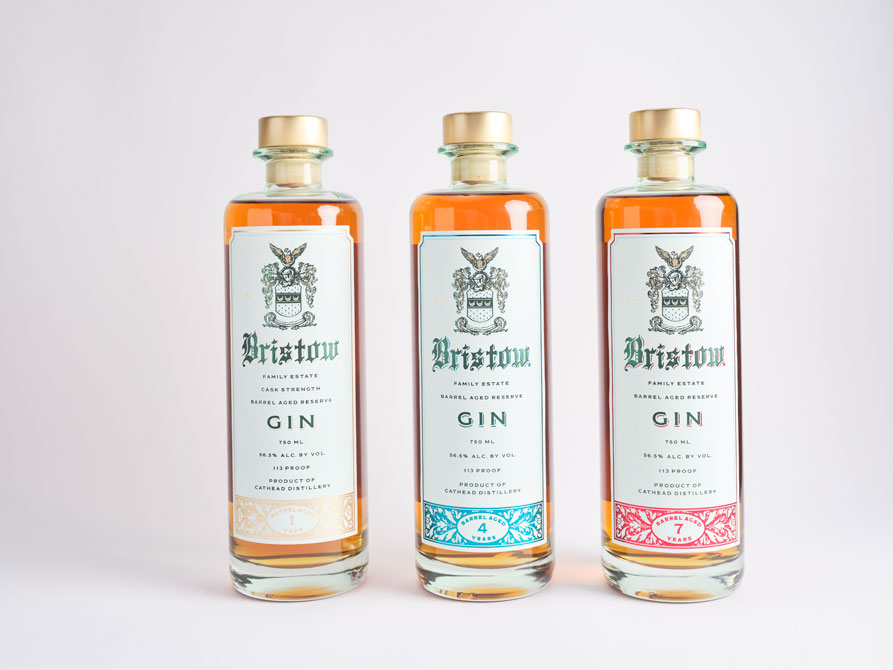 With the brand’s highly celebrated Bristow Gin recipe serving as the base, all three barrel-aged releases are comprised of 11 botanicals, including juniper, angelica root, cardamon, cassia bark, clove, coriander, hyssop, licorice root, lemon verbena, sweet orange peel, and bitter orange extract.
The three different age statements—each resting in barrel for a precise amount of time in the Mississippi heat—were a result of testing the limits of what a gin could and can be.
“When we first made the original Bristow Gin Reserve, aged for one year in American Oak, we knew we had something special,” said Richard Patrick, Co-Founder of Cathead Distillery. “We experimented further with aging to build out somewhat of a vertical age statement program.”

Aged in brand new American oak barrels for more than one year, Bristow Barrel Aged Reserve 1 Yr is bottled at cask strength at 56.5% ABV and 113 proof. Smoother on the palate than its high alcohol strength might suggest, lots of gin and botanical character are still present. The subtle oak notes allow it to shine as the primary ingredient in some cocktail applications.

During its four-year aging process in new American Oak, the maturation and flavor profile evolve in an interesting way, resulting in a complex and perhaps harder to distinguish palate than its younger counterpart, with remanent nostalgia from Bristow Barrel Aged Reserve, 1 Yr. It takes a turn into a foreign gin with dark undertones of whiskey-based flavor profiles of caramels and vanillas. With an even higher cask strength, the proof was carefully proofed back down to 113 proof, making it a fairly punchy pour to be served neat or on the rocks.

Seven years is a long time. Bristow Barrel Aged Reserve, 7 Yr is the beautiful result of testing boundaries. On that palate, this gin presents more familiar notes from a whiskey than a gin, with subtle hints of juniper that pop through. Heavy oak on the nose and approach, rounds out through the mid palate with flavors of matured oak and whiskey, caramels, vanillas, and pops of herbal notes. Similar to its four-year-old counterpart, Bristow Barrel Aged Reserve, 7 Yr has been scaled down to 113 proof, the determined perfect bottle proof for this line of barrel-aged gins. The nuances of this extended age statement are best enjoyed neat or with a single cube.
“As we know it, this is one of the oldest barrel-aged gin ever released into the global marketplace,” said Patrick. “At seven years in age, it’s hard to describe this gin, but it deserves a platform for discussion.”
The 2022 release of all three Bristow Barrel Aged Reserve age statements is now available with limited availability in select retailers in Florida, Georgia, Louisiana, Mississippi, South Carolina, and Tennessee, with online ordering coming soon via Cathead Distillery’s online store.