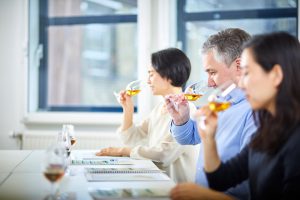 New figures from the Wine & Spirit Education Trust (WSET) reveal that the U.S. market continues to grow steadily and shows an increased demand for spirit education due to the rise of consumer consumption.

As the largest global provider of wines and spirits qualifications, the WSET is also reporting record 94,822 candidates globally in the academic year finishing July 31, 2018, an increase of +11% on last year.

The availability of WSET courses in U.S. is stronger than ever thanks to the work of WSET’s new dedicated team on-territory. There are now 9 WSET Diploma centers in the U.S., following the recent additions of Napa Valley Wine Academy and American Wine School. Overall, there are now over 50 APPs offering WSET qualifications to trade professionals and consumer enthusiasts in the U.S., and more than 800 globally across 70 countries.

The number of WSET candidates in the U.S. rose by +12% to 14,204. The WSET Level 2 Award in Spirits qualification saw the highest growth in the U.S., with candidate numbers up +82% from last year. Registrations for the Diploma in Wines and Spirits, WSET’s highest qualification, were also up an impressive +39% following the opening of two new Diploma centers in the United States. This success is largely attributed to the new dedicated WSET USA team that was appointed earlier this year and is led by Dave Rudman, the U.S. Director of Business Development.

While the popularity of wine education continues to soar, consumers’ appetite for spirits has boosted demand for spirits education. Euromonitor has reported double digit growth in the volume of spirits sold in the U.S. over the last five years (+12.7%), with vodka, whisky and rum dominating sales. The increasing popularity of spirits has led more professionals to seek deeper knowledge about what they, and their customers, are drinking. WSET’s U.S. team has been working with Approved Program Providers (APPs) to make spirits qualifications more readily available across the country to meet demand.

Markets on the Move
The continued growth in China ranks the country first with the highest total number of WSET candidates. The region brought in +9% more candidates over the last academic year, totalling 21,986 overall. The UK remained strong with a total of 19,460 candidates, while the U.S. followed close behind.

Looking Ahead
Over the next academic year, the education and awards teams will be carrying out the final stages of preparation ahead of the launch of WSET’s new and enhanced qualifications in August 2019, completing the separation of WSET’s qualifications into three distinct subject-matter streams: wine, spirits, and sake. The premiere Level 3 Award in Spirits will undergo an intensive pilot program, whilst materials will be finalized for the Level 2 Award in Wines and the new flagship Diploma in Wines. Further details about these courses will be announced in Spring 2019. 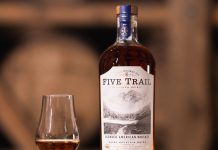 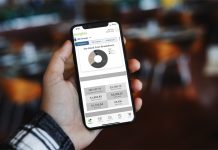