Neshaminy Creek Brewing Company (Neshaminy Creek) isn’t leaving their fans with only one Pumpkin beer this year. The brewery announces the return of fan-favorite Punkless Dunkel and Young Pumpkinstein. Punkless Dunkel is a Dark Wheat Ale with Pumpkin and Spices. Starting with an imperial version of a retired brew, Dunks Ferry Dunkelweizen, as the base, pumpkin puree along with more than a dash of all the classic pumpkin pie spices is added right into the kettle. Dark brown sugar, cinnamon, nutmeg, and allspice all pair perfectly with the banana esters and spicy clove notes imparted by the yeast during its vigorous fermentation. The rich malty body, somewhat sweet character, and warm finish make Punkless Dunkel the go-to brew as Autumn comes into view. This fall staple sits at an ABV of 8.8%. 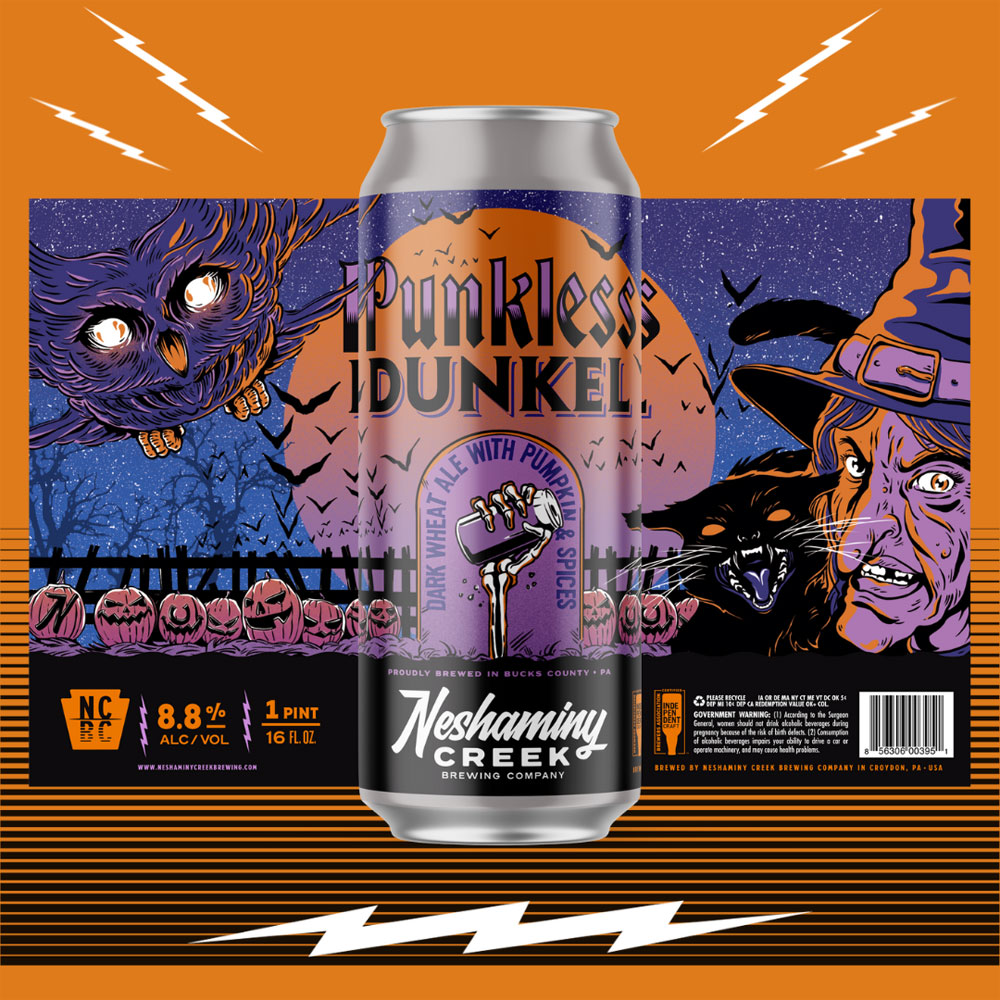 “Pumpkin beers have become a standard now for every brewery so we decided to put the Creek’s spin on traditional pumpkin, and thought why not make ours unique and exciting?” says Head Brewer, Jason Ranck. “It is always astounding to see the support and craving for these fall-forward beers well before the leaves start to turn.”