CHERRY HEERING’s role in cocktail history continues 200 years later. CHERRY HEERING is about to shake up the next modern classic as celebrations begins for
the Bicentennial of CHERRY HEERING, a feat achieved by only a handful of consumer brands worldwide and rare in the spirits world.

The Peter F. Heering Classics 200th Anniversary Edition is here! CHERRY HEERING is celebrating the 200th anniversary of the original iconic cherry liqueur and is looking for bartenders to create something equally unique, a favorite classic cocktail, add Heering, and give it an unexpected twist. The qualification round starts April 18, 2017.

Around the World in 80 Cities – Beyond the Singapore Sling and Blood & Sand
The HEERING® Global Masterclass Tour will kick off the celebration with a multi-faceted workshop aimed at exploring and inspiring the flavor pairings possible in utilizing CHERRY HEERING® in an original spin on a classic cocktail in 80 cities around the globe executed by bartenders from the W50BB (World’s 50 Best Bars) and other global great faces from our community. Bartenders will taste this classic liqueur with 12 different spirits, an array of bitters, produce and other modifiers
and explore possibilities together around the world.

How Important is CHERRY HEERING to Bartenders?
It is often noted by bartenders, that the classic two-volume The Gentleman’s Companion, first published in 1939 by Charles H. Baker (one of the first original cocktail books in the world and still one of the most important) there are more than 130+ cocktail recipes that include Cherry Brandy (thusly, CHERRY HEERING) that is how important CHERRY HEERING has been in cocktails, past, present & future.

“After 200 years it is still all about the bartender making a connection back to the most important element of what we all do, the customer”, said Adéle Robberstad, CEO Peter F. Heering. ”Having the best bartenders around the world making and shaking Cherry Heering Classics with a twist for people at the bar and showing people at home or even in this case an airplane how to make their own classic, is truly what makes the 200 years even that much more exciting!”

The Peter F. Heering® Classics is an annual global competition in four rounds, with bartenders from around the world competing to become one of the ten finalists shaking it up at the final during London Cocktail Week 2018 and The World’s 50 Best Bars.

THE Competition
The 200th Anniversary Competition will be divided into four rounds from April 2017 to the Grand Finale in October 2018.

The first challenge is all about creating the next Modern Classic. CHERRY HEERING is asking bartenders to choose a classic cocktail and give it an unexpected twist. Needless to say, the cocktails must include CHERRY HEERING, after all this is
Modern Classics brought together by the one Classic – CHERRY HEERING ™. The top 75% from each region: Europe, Asia, Middle East/Africa, North America, Latin America and Australasia, will proceed to the next round.

Sometimes simplicity is key – especially 10,000 meters up in the air. This challenge is about simplifying the Modern Classic so that it can be recreated in the aircraft cabin. It still has to look and taste like their Modern Classic from round 1. We therefore recommend bartenders use commercially available products. The ten best contestants from each region will then proceed to the next round.

To celebrate 200 tasteful years, CHERRY HEERING invites you to create a 200 Years Celebration Cocktail. The cocktail should:

The contestants will get to present their cocktails themselves in a video. The top ten finalists will then proceed to the final round.

The top ten finalists will get personal coaching from the judges before the Grand Finale and be filmed by Difford’s Guide for Heering Legends. The finalists will personally present their take on the 200 Years Celebration Cocktail at the final
during London Cocktail Week 2018 and The World’s 50 Best Bars. They will be judged by our international expert jury lead by Simon Difford and cocktail experts from around the world. 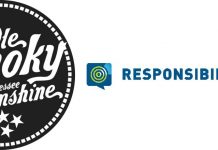