“We are extremely pleased to be able to answer many requests we have gotten for years from our consumers in Southern California, for more of our beers and more places to buy them,” said Merv Boyce, Sales Manager for Alaskan Brewing. “We have developed such a solid relationship with Craft Beer Guild and we are looking forward to building on that relationship.”

“The Alaskan Brewing Co. has a long history of brewing excellence throughout the craft community, and Craft Beer Guild of LA is extremely honored and privileged to represent such an iconic brand throughout the greater Los Angeles area,” said Robert Hodson, Corporate Brand Manager, Sheehan Family Companies.

Craft Beer Guild plans on expanding the outlets for Alaskan Brewing products and increasing the product line offered. Alaskan Brewing has been distributed in Southern California since 2003, but with limited beer style offerings.

“Soon our fans in Southern California will see not only our flagship Amber Ale, but also our Icy Bay IPA, White Ale, Freeride Pale Ale, Hopothermia, Imperial Red as well as our seasonal offerings and our more exclusive Pilot Series beers,” said Boyce. “This representation of our full lineup is a very exciting prospect for us, and shows our consumers how inventive our brewers can be.”

For more information about where to find Alaskan Brewing products, check out the beer finder at alaskanbeer.com/find-our-beer/ 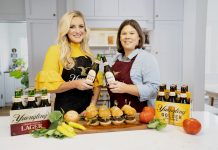 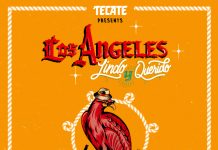