Shmaltz Brewing Company is proud to announce the return of its limited-release holiday seasonals, Hanukkah, Chanukah: Pass The Beer® Dark Ale and Jewbelation 19® Anniversary Ale. October 2015 also marks the arrival of its latest holiday package, SHTICK IN A BOX New Variety 12-Pack. Candles won’t be the only thing getting lit this holiday season!

No matter how you spell the festival of lights, Hanukkah, Chanukah: Pass The Beer® is the only winter warmer that celebrates all the miracles of the 8 crazy nights. 8 is a miraculous number in Jewish life. Its cultural/religious significance runs the gamut with several holidays spanning 8 days (Chanukah, Passover, Sukkot), and a bris (circumcision) taking place on the newborn’s 8th day. Mel Brooks stole a cap gun from Woolworths at age 8, and “The Producers” won 8 Outer Critic Circle Awards (for more deep shtick, see the 4-pack label listed below). The official Chosen Beer of this holiday season, Hanukkah, Chanukah: Pass The Beer® is a Dark Ale brewed with 8 malts, 8 hops, and heats up at 8% ABV. As latkes are frying and the battle royale of dreidels are spinning, Shmaltz offers some much needed light to the impending winter darkness with its latest fermented creation straight from the tanks at the Upstate New York brewery.

“Back in 1996, Chanukah inspired the first batch of He’brew’s Genesis Ale, hand bottled and personally delivered by friends and family to just a few stores from the back of my grandmother’s Volvo,” says Jeremy Cowan, founder of Shmaltz Brewing Company. “19 crazy years, 35 states and 5,000 retailers later, we have our very own brewery and the freedom to brew any style of beer when we want, how we want. We are thrilled to brew our interpretation of a winter warmer, a true He’brew Celebration Beer and a holiday tradition to pair with comfort food and gelt for my favorite drinking season of the year.”

Hanukkah, Chanukah: Pass The Beer® will be available in 12oz, 4-pack in October 2015, in time to toast the 8 crazy nights of Chanukah and warm your palate throughout the cool, crisp winter season. Hanukkah, Chanukah: Pass The Beer® will also be available in Shmaltz Brewing Company’s latest craft beer package SHTICK IN A BOX, a holiday variety 12-pack fully packed with delicious He’brew® beers and wrapped in Shmaltz’s signature shtick. SHTICK IN A BOX will ship from the brewery October 1, 2015, to more than 35 markets through Shmaltz’s extensive distribution network.

Pick up a bottle of Jewbelation 19® Anniversary Ale to pair with a decadent dessert or share with friends for a hearty winter meal. Its rich malt base also makes it an ideal beer to stash away in the beer cellar since the ale will gain complexity and flavor as it ages and blends over time. Jewbelation 19® Anniversary Ale will be available in 22 oz. bottles and draught in the 35 states where He’brew Beer® is sold starting October 2015. For more information, visit www.shmaltzbrewing.com. 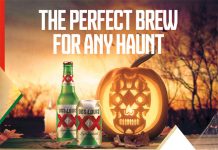 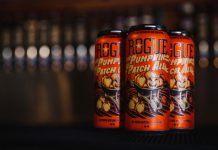 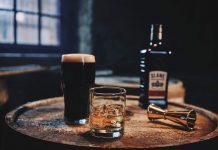