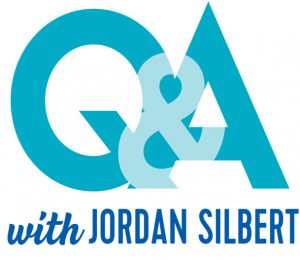 Jordan Silbert, Founder & Owner of Q Drinks, created Q Drinks back in 2007 based on an idea, but he was no stranger to good ideas prior to that launch. In fact, Silbert worked on post-9/11 rebuilding in New York City, which required plenty of brainstorming.

“I was in charge of coming up with ideas, and then getting them funded and implemented, that would revitalize the area surrounding the former World Trade Center site in lower Manhattan below Chambers Street,” he says. “It was coming up with ideas and making things happen, but it was a completely different industry.”

Today, Silbert works in the world of quality, carbonated mixers with his company Q Drinks, which come in seven varieties: Ginger Beer, Tonic Water, Indian Tonic Water, Ginger Ale, Club Soda, Kola, and Sparkling Grapefruit. Q Drinks are nationally distributed and can be found in many of America’s best restaurants, bars, and retailers.

1 What led you to create Q Drinks?

A night of drinking gin and tonics in my backyard in Brooklyn with some of my best friends where I was drinking really good gin on this beautiful summer night. Everything was perfect except for the tonic water. After a couple of drinks, I looked up and saw the gin bottle glowing in the moonlight, and I asked myself why isn’t the tonic water as good as the gin, or as good as my friends, or as good as this night? And the answer was that the world needed a better tonic water. So I made one. I started mixing stuff up in my kitchen, and I eventually came up with a prototype that some of the best bars and restaurants not only in New York but the country reached out to me and wanted to buy.

2 What makes your mixers different from others on the market?

I treat these mixers like the best distiller treats their craft spirit, the best brewer treats their craft beer, the best wine maker treats their wine. So it ends up being a much better product. There’s a couple of specific reasons for that. We use much better ingredients—real quinine from Peru, real grapefruits from Florida, real lemons from Sicily, real organic agave from Mexico, real cinnamon from Africa. The second thing is we use a lot less sugars and we use fancy sugars—organic agave and organic cane sugars—instead of loads of high fructose corn syrup. The third thing is our product has more carbonation. A gin and tonic stays more carbonated if it starts more carbonated. So we have a custom glass bottle that’s a little thicker that enables us to put more carbonation in our bottles. Then we treat carbonation like an ingredient, and each of our flavors has a different amount of carbonation in it. It makes for a much more fizzy, refreshing cocktail.

3 What is the importance of using a quality mixer in a cocktail?

It’s a terrific time to be a drinker because there are so many awesome spirits. The big guys make spirits, all these craft distilleries are making really interesting spirits, so you need a mixer that enables you to taste those subtleties in each of those spirits. And if your mixer has less sugars, you can taste those subtleties a lot better. Sugar is a masking agent. If you put a bunch of sugar in something, you can’t taste anything else in the drink.

4 You spent some time coming up with the bottle design. What is the importance of bottle aesthetic?

We have a beautiful, silk-screened bottle. Instead of being a little plastic bottle that you have behind the bar or a soda gun, it’s actually delightful and beautiful. And it can be brought out to the guest and placed right in front of them.

5 Any advice for bar owners/bartenders in our industry?

Get credit for making the investment in better mixers. Our mixers, now, are very price competitive relative to other glass bottle mixers, but they are more expensive than the soda gun. At the same time, they’re loads better. I’ve heard that the soda gun is the number-one reason for violations in New York City. Those lines are dirty, not cleaned well, and make lousy tasting product. So if a bar or restaurant is going to make the investment in a mixer, they should get credit for it. And that means really bringing it out to the guest. When someone orders a gin and tonic, vodka soda, or Moscow Mule, bring the bottled mixer out to the guest and pour it right in front of them. It delights the guest and gives them an experience they could not or would not have at their own house. And at the end of the day, that’s why people go out to bars and restaurants—to get an experience they wouldn’t have at home. It makes the guest feel special not only about their drink, but their entire experience at the establishment. 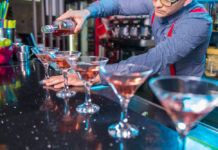 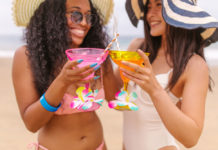 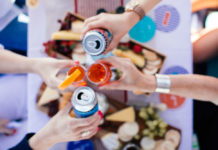