When used correctly, social media can be an incredibly powerful tool to market your bar, and right now, there’s nothing more profitable than using Facebook to advertise. The mass amounts of data they quietly collect can be used to your advantage.

However, there’s numerous options, and the social media behemoth doesn’t always make it easy to navigate.
Here is your guide.

Boosting posts is the most common way bar and restaurant owners advertise their businesses on Facebook. It’s where you can put up your specials or a promotion for the day, and then you will have the option to ‘Boost’ it, which means getting your message out to more people. When boosting a post, you can select from specific saved audiences which you have created before, or just choose a brand new one. For example, you could choose only people who like your page, or only people who don’t. Or audiences based on gender or interests. Let’s say you were interested in targeting men and women between the ages of 21-30 who’ve indicated a prior interest in bars and restaurants. Once you select that audience, Facebook will tell you approximately how many people your promotion will reach and give you the option of how long you would like your boosted post to run.

The main problem with a boosted post is that you can only select one audience to boost it to, meaning if you were running a really big promotion and wanted to hit multiple different audiences that fit this promotion, you would
be unable.

The next level of Facebook advertising is the Ads Manager. With it, you can create specific campaigns for your ads based on specific actions you want to happen. So, if you wanted to get more ‘Likes’ on your page, you could run a “Promote Your Page” campaign that will target users who are likely to ‘Like’ the page based on the demographics of your chosen audience.

As opposed to ‘Boosting,’ the Ads Manager can schedule posts to only run on specific days. Lets say you’re running a Tuesday night special for the month and only want to get new and existing customers in the door for it. You could create a campaign that only runs from Monday at noon until Tuesday at 7PM. The last thing you’d want to do is have ads running on a Wednesday
for a promotion six days away.

Here, you can also set up a campaign that will target different audience demographics. You can do this within the ‘ad set’ of your campaign. Maybe males tend to respond to your ads more then females. If that’s the case, stop running those particular ads to women, and put your marketing dollars towards the men in order to get your highest ROI before you can hit upon a more female-friendly campaign. Within the Ads Manager you can also test different ads within a certain campaign. Let’s say you want to run a football promotion before a big upcoming game. You could advertise the same special with the same message within both ads, but test two separate images to see which gets you the best response.

One with a big juicy cheeseburger and cold draft beer in a bar setting and another one of a bunch of football fans having a good time
in your bar. If you see that one is getting 25% or more clicks or likes, or whatever you objective is, stop the one that isn’t performing as well and put the rest of your ad dollars into the one that is converting better.

For a moment, imagine going to a traditional ad rep in your area and telling them that you’re only looking to advertise to women between the ages of 21-35 who live within three miles of your business and have purchased beer, wine or liquor in the past month on a debit or credit card. What do you think they’d say? “Haha, you’re funny, guy, now beat it!” Not possible, right? Well, then allow me to introduce you to your new best (digital) friend Mr. Power Editor! Facebook has partnered up with some of the largest data gatherers in the world and now have the ability to help you advertise to a subgroup that specific. With Power Editor, you’re able to target people based on their purchase behavior, which is revolutionary to our industry, and pretty much all other industries too. What better group could there possibly be to advertise to, than consumers you know for a fact are buying exactly what you’re selling? When it comes to stretching your digital marketing dollar as far as it
can go, targeting your exact audience and avoiding those who aren’t likely to do business with you is about as good as you can get. The Power Editor has endless possibilities, allowing you to refine your target audience by a customer’s age, gender, distance from your business, interests and purchase behavior!

Over the last six years, I’ve run plenty of Facebook ads, both for my clients, as well as for my own business. I’ve seen a lot of profitable campaigns and I’ve seen a lot that just flopped and there’s one key strategy that works almost every time. When using the power editor to attract new customers you should always be driving them to a ‘special offer.’ If you set up your ads using something called a ‘Click to Website’ campaign, this will drive your ‘Fans’ to a ‘Lead Capture’ website, a basic one-page form that requests the person enter their contact information in exchange for obtaining the offer from your ad. Anyone who’s giving over their personal contact information in exchange for a offer to your business is essentially telling you, “I want to do business with you!” Now, would you rather market to people so committed to your brand that they are willing to hand over their valuable information or just a random lot of folks whom you know nothing about? I think that’s pretty clear.

If you want to get the highest ROI on each digital dollar spent, then make sure you’re marketing smarter not harder. Target the right people with the right offer and the right message and work to build their trust through your credibility and you’ll start to develop a real relationship with your clientele. Lets face it, it’s not as easy as it once was to get new customers in the door. With all the competition these days, you really have to persuade them to take action. They need to get up off the couch, get in their cars and come to your place of business over anyone else’s. But if you play it right, once they do, you can turn all new first-time customers into loyal longtime customers in no time.

By Nick Fosberg, a sought-after marketing and promotional consultant in the bar and restaurant industry. He’s the president of Bar Restaurant Success, and owns Casey’s Pub and Rural On Tap, both in the Chicagoland area. Nick has spoken at both the annual Nightclub & Bar Show, as well the National Restaurant Association’s Bar show and also hosts his own workshops around the country. Get his new book How To Attract More Customers, Turn Them Into Raving Fans, and Become Unbeatable In Any Market! for free at brsbook.net/barbiz. 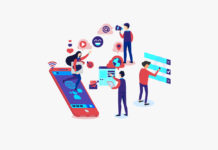 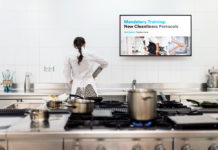 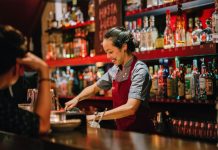