AMI Entertainment Network and Sneak Attack Media are teaming up to send 5 lucky fans to see the goth post-rockers from The Cult on their current U.S. tour! Music fans can enter on jukeboxes or through AMI’s Facebook page for a chance to win a pair of tickets to one of five awesome concerts in Portland, Seattle, San Francisco, Los Angeles, or San Diego.

Formed in 1983 from the remnants of the pioneering goth band Southern Death Cult, The Cult found mainstream success in 1985 with the hit single “She Sells Sanctuary,” which spent 23 weeks on the U.K.’s top 100 charts and has been routinely cited as one of the defining songs of the 1980s. The band is currently in the midst of a U.S tour.

From October 26 through November 1, music fans can enter for a chance to see The Cult at one of five locations in the western U.S. Five winners will be chosen, each of which will receive a pair of tickets to the concert of their choice. To enter, touch the Cult promotional contest screen on AMI jukeboxes in California, Washington, and Oregon. Fans can also visit the official AMI Facebook page at https://www.facebook.com/AMIJukeboxes and enter via the Contest tab.

To find out about other great music contests and to get more information on AMI’s digital jukeboxes and other products, check out www.amientertainment.com and follow AMI on Facebook and Twitter. 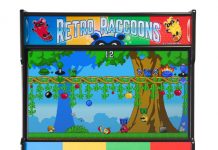 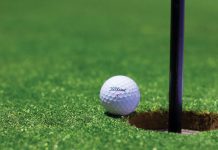