The Dead Rabbit, a tri-level mid-19th century style Irish/New York drinking saloon and “World’s Best Bar” winner at 2015 Tales of the Cocktail, today announces it has topped the list at #1 on The World’s 50 Best Bars 2016, the highest accolade. The awards recognize excellence in bar programs around the world and are among the most coveted, far-reaching and globally respected poll of their kind. This year, hundreds of bars were nominated and were judged by an academy of more than 400 experts. The awards were announced at a gala ceremony in London at Christ Church Spitalfields, a 300-year-old restored Baroque church. They are produced by Drinks International, a leading beverage publication. “We are truly honored to be awarded first place,” says Sean Muldoon, Co-Founder and Managing Partner, The Dead Rabbit. “These awards are some of the most important on the planet and reflect the judgment of our peers and industry luminaries. We couldn’t be prouder to make it to the top and salute all of the nominees who are doing great work around the world.”

The awards, which rank bars from 1 to 50, are the result of a survey of an academy of experts from the trade, comprised of top bartenders, media members and industry authorities. They hail from countries across Europe, North America, Asia, Australasia, Latin America and Africa & The Middle East. Academy members are asked to name their top five bars worldwide in order of preference, each being weighted in descending order. “This means the world to us,” says Jack McGarry, Co-Founder and Managing Partner, The Dead Rabbit. “It represents an acknowledgement of our work from our colleagues in the industry that we so respect and admire. We joyfully share this award with our team who make the bar what it is, day after day, night after night. For two Belfast boys, this is truly a dream come true.”

“Sean and Jack are an unbeatable duo that revolutionized how we drink in New York and around the world with The Dead Rabbit. Their creative vision and meticulousness about every detail makes them who they are today,” says Peter Poulakakos, Owner/Partner, HPH, the company behind  Dead Rabbit. “We are also very excited about their new Cuba-themed bar, BlackTail at Pier A, which is already contributing to the downtown drinks scene. We are confident it will be as award-worthy as The Dead Rabbit.”

Housed in a landmarked building at 30 Water Street in Lower Manhattan which dates back to 1828, the bar combines a first-story neighborhood taproom serving craft beer, bottled punch and Irish whiskey, with a refined second-story cocktail parlor that offers 30 original cocktails. The third-floor’s Occasional Room is available for private events, business meetings and parties. Taking its name from an infamous street gang of the era, The Dead Rabbit earned the title of “World’s Best Cocktail Bar” at 2010 Tales of the Cocktail. For dining, The Dead Rabbit has an extensive raw bar and dishes inspired by the British Isles, the locality and the era. This follows wins of “Best American Cocktail Bar” and “World’s Best Drinks Selection” in 2014, as well as “World’s Best Cocktail Menu” and “International Bartender of the Year” in 2013.

The Dead Rabbit’s taproom is open seven-days-a-week from 11am to 4am Its cocktail parlor is open Monday to Wednesday, 5pm to 2am; Thursday to Saturday, 5pm to 3pm and is closed Sunday. For more information, please visit deadrabbitnyc.com or follow them on Facebook, Twitter and Instagram at @deadrabbitnyc. 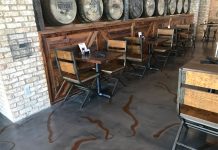 A Guide to Seamless Flooring for Bars 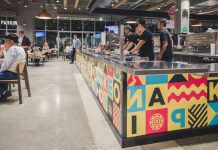 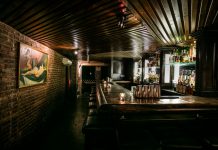