From the original turn-of-the-century 78rpm jazz record-changers to the 45-filled, tableside doo-wop machines at the malt shops of the ‘50s to the hard-rawking pool hall beasts in the mid-‘80s to the meticulously-curated indie compact disc rock-boxes of the 2000s, the jukebox has always been there, providing patrons with a soundtrack to the times. During Prohibition and The Great Depression—arguably when people needed music most, but often couldn’t afford it—jukeboxes were there too. In financially-trying times, the prevailing attitude became: Why buy music to listen to alone at home when you can simply rent your favorite songs to listen to again and again amongst all of your friends?

But then everything changed. Technology helped erase this crowd-sourced sense of community with 2007’s invention of the iPod, essentially putting a personal jukebox into everyone’s pocket. Omnipresent wi-fi connections then rendered music of any genre from any time period or artist equally and easily searchable, obtainable, and own-able with the simple push of a “Buy” or “Stream” button. This gave us more music than we could listen to in our entire lifetimes.

So where does this leave our old friend the jukebox? Why compete for dominance when you can adapt for improvement? Here are some of the recent advances that have married technology to the jukebox and why these classic machines in your bar still matter.

You might be thinking to yourself right now, “Why would I need one of these physical devices in my bar in 2017?” Well, like ATMs, vending machines, video games, or any other kind of point-of-purchase devices, jukeboxes can be electronic golden geese, offering on-premise customer convenience to prevent them from having to leave the establishment to find what they want elsewhere.

AMI Entertainment introduced one of the first selective jukeboxes in 1927, and it still continues to innovate in the market today with its NGX models of jukeboxes. “Our Ultra music video jukebox plays both songs and music videos, as well as incorporating something called Ad Manager, which can connect to multiple screens and enables the owner to intersperse their specials or upcoming events between songs, basically turning the device into digital signage,” said Ron Richards, Chief Technology Officer at AMI.

The AMI Ad Manager 2.0 allows bar owners to upload their own custom image or to choose from over 1,300 pre-made templates, ranging from food and drink sales to event promotion. The ads can even be customized with your bar’s own logo.

In 2017, AMI will continue their rollout of new geo-fencing technology along with something known as Beacons, which utilizes proximity marketing. All of this works though the company’s app, AMI BarLink, which lets patrons find, purchase, and play music on your jukebox right from their phones.

“If you have our app, as you enter a bar, it will let the customer know that there’s a jukebox on the premises,” said Richards, “[it also lets them] know about any specials or bar news. Music playing in bars and restaurants is often just background music, so you don’t have that interactive component. Jukeboxes still have the ability to create a unique experience that allows the customer to play DJ, which everyone likes.”

And while many industries have struggled to adapt to recent digital technology, jukeboxes have only been emboldened by it. TouchTunes, one of the industry leaders, revolutionized the business by utilizing the transfer of digital files directly to individual on-premise jukeboxes, as opposed to relying on bar owners to purchase the newest CDs or records to keep playlists current with the latest pop hits.

“We have over 55,000 locations in North America with TouchTunes jukeboxes, most of which are bars and restaurants and a handful of national clients,” said Marc Felsen, Senior Vice President, Corporate & Product Marketing.

TouchTunes offers the smaller Playdium unit and the larger and more robust Virtuo. Both boxes can also be used as a photobooth or for karaoke. The photobooth feature is also free for jukebox users and non-users, alike.

Both units also link to TouchTunes’ newly-redesigned mobile app, which has been downloaded over six million times.

“With mobile technology becoming core to our daily lives, the new TouchTunes app creates an interactive, one-of-a-kind social experience for every user and allows them to be the DJ at their favorite venues,” said Charles Goldstuck, Chairman and CEO of TouchTunes.

Felsen explains some of the features, “The app offers a lot of features and convenience, which millennials especially tend to enjoy. For example, through the app, you can build your own playlist, find out what’s currently playing or coming up,
as well as cue up a song without having to lose your seat.”

There are functionalities for bar owners to take advantage of on the app, as well. A smart check-in feature automatically checks users in to locations visited frequently, and a venue staff messaging system allows staff to program custom messages to appear within the app when a user checks in to their venue.

“Our goal is to create that emotional connection to that moment that people are in,” said Felsen.

Which, in the end, is really what we’re all trying to do. 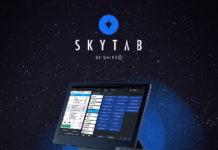 Shift4 Launches SkyTab POS for the Bar and Restaurant industry 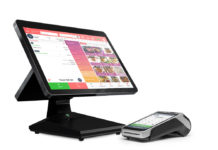 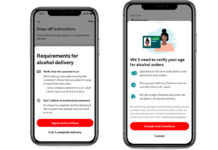