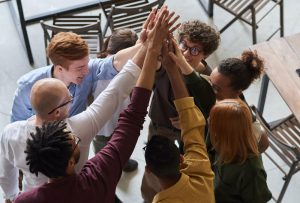 These actions follow a public statement by the Company’s Chief Executive Officer, Wayne Chaplin, denouncing acts of racial violence and injustice perpetrated against Black citizens and people of color in the U.S.

“It is important to our leadership team and employees that we put actions behind our words,” said Wayne E. Chaplin, CEO. “This is by no means the end to our journey, but represents steps toward being part of the solution to drive change and make progress toward eradicating inequality and injustice.”

To help fight racial injustice and to provide educational opportunities for Black students, Southern Glazer’s is:

In addition, the Company is reinforcing its zero-tolerance policy for any hate, harassment, or discriminatory behavior by expanding on a number of internal workplace culture programs. These include a new Diversity & Inclusion Champion training online course for all employees, virtual listening and town hall conversations sponsored by its CHEERS to Diversity business resource groups, a Company-wide anti-racism book club program, and an expansion of local volunteer efforts by employee VolunCheers focused on supporting organizations that promote racial equality.

Southern Glazer’s is also expanding its efforts to support Black- and minority-owned wine and spirits in the Company’s portfolio of brands. This effort, driven out of the Company’s Supplier Management and Business Development function, will be led by April Alejandro, Vice President of Multicultural Marketing. As part of her expanded role, Ms. Alejandro will develop and implement a comprehensive minority supplier diversity strategy for Southern Glazer’s. The ultimate goal, as with all Southern Glazer’s suppliers, will be to drive commercial success and growth for an expanded portfolio of minority-owned brands. Southern Glazer’s will also enhance its procurement efforts to increase the percentage of Black- and minority-owned vendors that service its business. This effort will be executed in conjunction with the Company’s already established Multicultural Marketing Center of Excellence, currently led by Ms. Alejandro, which focuses on implementing diverse consumer initiatives, providing suppliers with cultural insights, programming strategies for on-premise and off-premise customers, and supporting minority-owned businesses across Southern Glazer’s network.

Southern Glazer’s will be expanding its existing relationship with leading social impact education innovator EVERFI, to fund diversity-themed online education courses for high school students in Miami-Dade and Broward Counties in Florida, and Dallas and Collin Counties in Texas. The courses will be made available at no charge to a minimum of 15 schools in each geographic market.

As part of its commitment to education, the Company will also partner with Junior Achievement to implement mentoring and leadership opportunities in high schools in Miami, Florida and Dallas, Texas. These opportunities include placing Black and minority Southern Glazer’s executives directly in classrooms to share their personal and professional experiences with students.

Photo by fauxels from Pexels