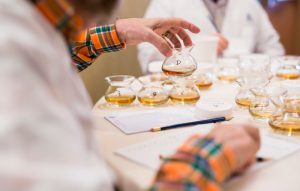 “With the Tasting Alliance, we are now able to standardize our rigorous methods for operation across all our competitions. The New York World Wine & Spirits Competition is special because it combines this standard of excellence with the discernment of uniquely East Coast palates from our New York-based panel of judges,” says Blue.

The esteemed panel of spirits judges, including Will Elliott (Bar Director of James Beard award-winning Maison Premiere and Sauvage), Josimar Souza (Spirit Sommelier at the Brandy Library) and freelance journalist Alicia Kennedy blind tasted more than 395 entries across 60 categories. This is a 22% increase in entries from 2017, with a 25% increase in sugar cane-based spirits and 16% increase in whisk(e)y entries.

“Today, we are seeing a real ‘hero’s welcome’ for the tried and true producers who have been honing their craft for generations beside a wave of under-celebrated spirits making traditions being pulled into vogue for the first time in the U.S. It is a privilege to get to taste and review these efforts side by side. I suspect there has never been such an exciting time to be in this industry or judging such a competition.”

Selections for 2018 Best in Class medals in spirits are as follows: 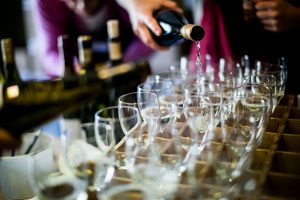 The panel of wine judges blind tasted over 470 entries across 78 categories, with a 21% increase in overall entries, 33% increase in sparkling wine entries and 33% increase in Pinot Noir entries from 2017. Wine judges (full list + bios here) included such respected names as Jonathan Eicholz (Head Sommelier at Aquavit), Jim Trezise (President of WineAmerica) and senior Grape Collective editors Dorothy Gaiter and John Brecher, who awarded 2018 Best in Class Medals to the following:

Judge interviews and full results for this 2018 NYWSC Bronze, Silver, Gold and Double Gold medal winners in wine and spirits available upon request.

The Tasting Alliance’s next event, the San Francisco International Wine Competition, will take place November 17-19 and is now accepting entries.