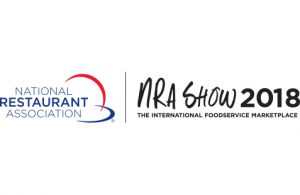 The National Restaurant Association announced it has selected Dickie Brennan, owner and managing partner of Dickie Brennan & Company, to serve as its convention chair for the National Restaurant Association Restaurant, Hotel-Motel Show 2018 (NRA Show®). In this capacity, Brennan will advise the Association to ensure that the NRA Show — the most comprehensive event for restaurants, foodservice and hospitality in the U.S. and abroad — epitomizes the current industry landscape in a valuable and meaningful way.

“Dickie Brennan is a passionate and dynamic trailblazer in the restaurant industry, both locally and nationally,” said Dawn Sweeney, president and CEO of the National Restaurant Association. “He has been a constant proponent of supporting local farmers and fisherman for years and will serve as an inspiration to our attendees.”

In the 1970s and under the instruction of Chef Paul Prudhomme, Brennan worked with famed New Orleans restaurant Commander’s Palace as they introduced the world to Cajun and Creole cooking. After graduating college, Brennan joined Larry Forgione’s An American Place in New York City. He later moved to France, where he worked and studied in six different kitchens to gain exposure and expand his knowledge as a chef. In 1991, Brennan helped open Palace Café and later became executive chef then owner.

Brennan went on to open Dickie Brennan’s Steakhouse, Bourbon House and Tableau along with his sister, Lauren Brower, and business partner, Steve Pettus. A proponent of New Orleans and its unique culture, Dickie is active in the community and has taken a leading role in trying to preserve heirloom varieties of Louisiana produce. Although each of his restaurants has its own distinct identity and cuisine, they stay true to Louisiana’s culinary history by utilizing local ingredients and techniques.