Sivan is a fresh young Australian pop star whose YouTube videos have generated close to a quarter billion views, and whose hit single “Youth” has been streamed more than one hundred million times. Called the “prototype of tomorrow’s global pop star” by The New York Times, Sivan is currently touring Europe and will return to his Australian home in late summer to play seven cities.

Contest entries can be made through any participating jukebox on the AMI network by touching the Troye Sivan promotional screen or directly through  AMI Jukeboxes Facebook page by visiting the Contest tab. Entries also can be made via AMI’s BarLink mobile app. Fans can download the free AMI BarLink app through the  Apple or  Google Play stores. Once users are checked in to a location, they simply click on the Troye Sivan contest banner and follow the entry instructions. Full contest rules are available through all three entry channels. 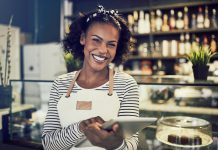