Lucas Bols, the world’s oldest distilled spirits brand and producer of Bols Genever, announced its latest release, a single-barrel genever aged six years, is now available through a limited number of outlets in New York and only while supplies last. It is now the oldest genever available in the US market since the import of the product stopped because of the US Prohibition in the early 20th century.

The limited edition barrels of aged Bols Genever have drawn rave reviews since debuting in 2012 at Jackson Cannon’s Boston establishments including The Hawthorn and Eastern Standard. The Grange restaurant in Sacramento and The Cosmopolitan empire in Las Vegas soon followed by offering the 4-year barrel aged Bols Genever cocktails to their patrons. However, the product has not been available for retail purchase until now.

This will be a long-awaited chance for the US consumer to try Bols Genever that has been aged for such an extended  time via a unique aging process – typically Bols Genever is aged in French Limousine Oak, while this specific barrel stood out, being aged in American white oak.

“The White American Oak adds complex notes of vanilla, wood and spice to the herbaceous, juniper flavors of the original Bols Genever. This is a very special barrel because it is one of very few barrels of Bols Genever that was aged in American Oak.  If one is looking for a unique gift or a chance to taste a small batch, rare Genever, the original Dutch spirit, then this is the best option that one can possibly have in the US,” said Piet van Leijenhorst, Master Distiller of Lucas Bols

Bols Barrel Aged Genever should be enjoyed like fine whiskey, at room temperature, with a splash of ice or water, as an aperitif, a digestive or in an old-fashioned cocktail.

The roughly 400 one-liter bottles of Bols Six-year Barrel-Aged Genever produced by the single barrel are available for purchase online at www.DrinkUpNY.com for $46.99 while supplies last. ABV is 42%. Shipping is available nation-wide (with the exception of MA, NV, TX, UT, WA and WV). 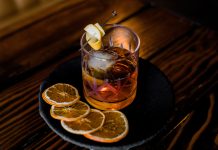 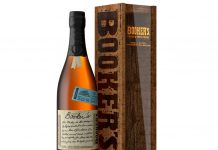