FEW Spirits today announces a truly unique collaboration with legendary Grammy-winning band THE FLAMING LIPS: Brainville Rye Whiskey. The whiskey is made from a combination of rye, corn and malted barley grown within 150 miles of the FEW distillery, and aged in new, charred American oak barrels custom-made in Minnesota. Like FEW’s award-winning regular rye whiskey, the mash is fermented using a French wine yeast, giving the whiskey stone-fruit, apple and pear notes over a background of sharp spice.

“Whiskey… it’s such a volatile drink. Upon pouring a drink It’s like accepting that you may become a werewolf … And really… Who doesn’t want to become a werewolf ??? Ha…” says Flaming Lips lead singer, Wayne Coyne, in typical cryptic fashion.

Brainville Rye features an appropriately psychedelic LIPS-ian label designed by Justin Helton of Status Serigraph, a Knoxville, Tenn.-based studio. Helton has designed materials for some of today’s biggest musical acts, festivals and entertainment brands. Working with bands like Phish, The Avett Brothers, My Morning Jacket, Ween, The Black Keys; breweries including Sierra Nevada Brewing Company and Great Raft Brewing; and festivals like Bonnaroo, Forecastle, Austin City Limits and Outside Lands, he’s created an array of designs for the music industry. Working out of his studio in downtown Knoxville, Tenn., he uses a unique blend of design, illustration, and typography in his work, and his posters are screen-printed by hand. Helton is well-known for his limited-edition posters and merchandise, and being a longtime fan of THE FLAMING LIPS, he wanted to create a truly special product for them, which led to the birth of Brainville Rye Whiskey. The whiskey will be bottled in the same iconic rectangular bottles used for all of FEW’s spirits and available as a limited edition of only 5,000.

The collaboration actually holds quite a bit of resonance for FEW Spirits’ founder and master distiller Paul Hletko: Before founding the distillery, he played lead guitar in a band called BerBer (short for Bourbon Bourbon, ironically) that got some local radio airplay and a feature at the CMJ Music Marathon in the early ’90s; ran a short-lived record label called Hank’s Recording Empire (“we put out one record, and it was a dismal failure,” he says); and opened a guitar effects-pedal company called Custompbox. “Music has always been an important part of my life, and when Justin Helton’s manager called me about a collaboration with THE FLAMING LIPS and Warner Bros. Records to create a custom spirit, it was a no-brainer; they knew exactly which distillery they wanted to work with,” Hletko says.Brainville Rye will be bottled at 80-proof and will roll out to better retailers in key FEW Spirits markets this October. The suggested retail price will be $124.99 for a 750-mL bottle.THE FLAMING LIPS are currently are currently on tour. Confirmed dates are as follows:

Expect additional LIPS news to be revealed soon. Until then visit: http://www.flaminglips.com/

Based in Evanston, Ill., a Chicago suburb that was once an international headquarters for the temperance movement, FEW Spirits is a craft distillery making whiskies and gins from locally grown grains and other ingredients sourced as close to home as possible, including Cascade hops grown in master distiller Paul Hletko’s own backyard. FEW Rye Whiskey was named Whisky Advocate’s Craft Whiskey of the Year in 2013, and its Bourbon Whiskey and Barrel Gin were both awarded gold medals by the Beverage Testing Institute. For more information about FEW and its award-winning spirits, visit fewspirits.com. 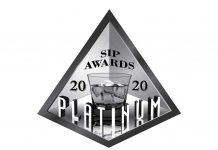 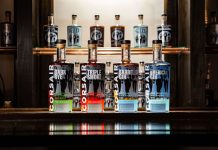