The event will feature an array of 25+ distilleries, wineries & more from New York City and beyond, and will take place from 6:00pm – 10:00pm on the The Hornblower Infinity Cruise Ship at Pier 40 @ West Houston Street, which will include a New York harbor cruise and complimentary dinner. Boarding will end at 7:30pm sharp and then the ship will set sail around Manhattan, the New York Harbor and Statue of Liberty.

This year’s Holiday Spirits will feature two tiers of ticket options – general admission tickets ($55) and VIP tickets ($70) – unlimited sampling, a souvenir tasting glass, complimentary dinner featuring passed hors d’oeuvres, four food stations featuring pasta, barbecue, Asian fusion and a carving station plus dessert, coffee & tea and more, along with the Harbor cruise. The VIP ticket will also grant access to a private VIP lounge located on the top level of the ship, which will include a private bar, as well as VIP gift bags. For more details on this year’s two ticket options, visit: www.villagevoice.com/holidayspirits/2015

Entertainment will be provided on all three decks, with a live salsa band on the top deck Rums of Puerto Rico Lounge and DJ sets all night by Tim Martell. Originally a house and electronic music DJ, Tim Martell first hit the decks at 14. By 19, he held the main floor residency at New York City’s legendary Limelight. Tim is a featured DJ for the Tribeca Film Festival, visited over 30 cities on the AND1 Mixtape Tour, opened for Beyonce & Robin Thicke, performed at Shaun White’s X-Games Gold After Party, and spun at MTV’s official after party for the VMA’s and more.

A portion of proceeds from Holiday Spirits will benefit Lifebeat, the leading national nonprofit dedicated to educating America’s youth (13-29) about HIV/AIDS prevention. Lifebeat mobilizes the talents and resources of the music industry to deliver HIV/AIDS and STDs awareness messages through broadcast, print, social and digital media, and distributes educational literature and condoms at concert venues, music festivals, clubs and other events. Lifebeat also provides quality of life services and support, such as musical performances, for people living with HIV/AIDS and their families. For more information, please visit www.lifebeat.org. 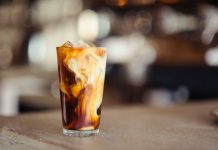 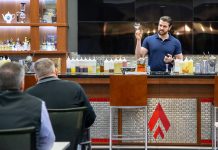 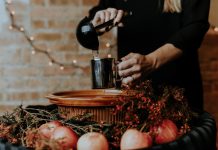 Getting to the Core of Cider