What’s one of the best gifts you can give a friend this holiday season?

With the festive season in full swing and friends planning nights out all around the world, Johnnie Walker®, the world’s leading Scotch whisky, is encouraging people to make sure they get home safely by pledging to never drink and drive.

To launch its global festive responsible drinking campaign, Johnnie Walker today promised 450,000 kilometres of safe rides home around the world, in cities from Madrid to Sao Paulo and Edinburgh, for those who make a commitment to never drink and drive through its Join The Pact initiative. In addition, this year and starting in London, some people will have the opportunity to go one step further and experience the joy of festive giving by nominating a friend for a safe ride home.

Johnnie Walker Global Brand Director, Guy Escolme, said: “We’re delighted to have Mika, Jenson, Fernando and Stoffel here today. Formula 1 is one of the most progressive and thrilling sports in the world – one that has proven, time and again, that those who bring passion, commitment, and a genuine love for the circuit will achieve the most.”

He added: “More than 400 million fans tune in to F1 races worldwide. For ten years, our partnership with McLaren Honda has allowed us to reach this audience with our responsible drinking message and urge people to Join The Pact to never drink and drive.”

Speaking at the event, Mika Häkkinen said: “The holiday season is a time when friends and families get together to celebrate and share gifts of thanks with each other. It’s a time for parties and reunions and we want to make sure that those who are out celebrating with alcohol leave their cars at home.

“I strongly urge everyone to Join The Pact to never drink and drive. Some of those who make the commitment this year will be able to thank their friends with the gift of a safe ride home, thanks to a partnership between Johnnie Walker and UBER in the UK and other transport partners across the world.”

Last year, Johnnie Walker announced its intention to gather five million Join The Pact commitments by 2018 and has since passed the halfway mark, with almost 2.6 million people having made a personal promise to never drink and drive.

McLaren Honda F1 driver Jenson Button said: “As racing drivers, we understand the importance of staying in control and never ever getting behind the wheel after consuming any alcohol.

“We’re confident that people will get the message. Millions already have, and we want to encourage millions more to make a personal commitment to get home safely and Join The Pact by visiting jointhepact.com or by tweeting #JoinThePact to @JohnnieWalker_.”

To view the new Join The Pact film from Johnnie Walker visit https://youtu.be/pOu8knYmMiY. 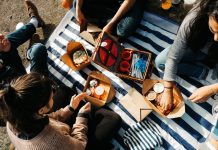 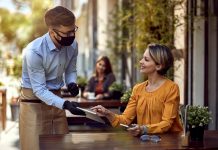 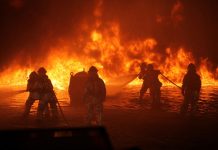 Wildfire Season: How Bars/Restaurants Can Better Protect Themselves