An upcoming celebration hosted by WhistlePig Rye Whiskey on its 1,300-acre farm and distillery in Shoreham, Vermont will honor members of the company’s unique brand loyalty program, the League of the Flying Pig, celebrate the launch of the upcoming October 2016 Boss Hog (a periodic rare release of WhistlePig’s finest juice), and commemorate the one year anniversary of the company’s distillery.

Taking place over two days from September 18 – 19, the party will include a host of activities, including a full pig roast, interactive distilling and education with the legendary Dave Pickerell, a black tie dinner, and more. About 100 influencers from the industry are expected to attend.

The 1st Annual League of the Flying Pig Celebration will be a two-day gathering of over 100 WhistlePig enthusiasts, tastemakers, and leaders in the whiskey industry. Guests will gather at the WhistlePig farm and distillery in Shoreham, VT for the unique chance to connect with the WhistlePig brand first-hand. Attendees, who hail from across the country, are members of the League of the Flying Pig, a unique loyalty program for WhistlePig’s most ardent supporters.

The League of the Flying Pig is a unique brand loyalty program that includes bartenders, distributors, and other influential folks in the whiskey industry. The point of the league is to create a distinct and authentic connection to the brand. Advantages of membership include opportunities to spend significant time on the WhistlePig farm with Raj, his family, and Dave. Members are also encouraged to offer feedback on the business and new expressions.

An invitation to this celebration is a reward to League members that provides an opportunity to connect with and better understand the essence of the brand. Attendees will have the chance to spend time with Raj and his family and see WhistlePig’s farm-to-bottle operation firsthand, and they will be among a select number of people who have seen the distillery in action since it opened in October 2015.

WhistlePig is hosting a social media contest, providing a chance for the public to secure admission to the event. Keep checking http://whistlepigwhiskey.com/ and https://www.facebook.com/whistlepigrye/ for more information. 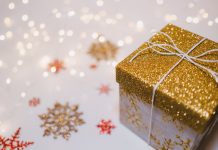 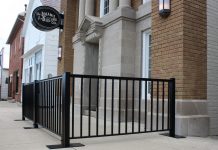