Leblon, producer of Brazil’s handcrafted Cachaca, announced for the sixth consecutive year that it has won gold at the San Francisco World Spirits Competition, earning a Double Gold Medal and 2011 “Best Cachaca” award.

The competition was held at the Hotel Nikko in San Francisco on March 18, 19, and 20th 2011. It is the first comprehensive, international spirits judging ever held in the United States on an annual basis and is based on an exacting blind tasting procedure. To earn the Double Gold Medal, all judges must blindly and unanimously award a brand the Gold medal. If all judges do not award a gold medal to one brand then a double gold is not awarded.

“Leblon is ecstatic to win the Double Gold and ‘Best Cachaca’ award at this respected competition. It’s our mission to create a fine craft Cachaca, honoring the spirit’s heritage of excellence,” said Gilles Merlet, Master Distiller. “Using small batch alambique copper pot stills, we preserve the essence of freshly-cut sugarcane and deepen complexities when we age in XO Cognac casks. With our sixth consecutive Gold Medal, renowned spirits authorities from around the U.S. have confirmed that we’ve once again held true to our standard of a pure, noble Cachaca. It’s a moment of celebration and pride for the entire Maison Leblon team at our distillery in Minas Gerais, Brazil.” 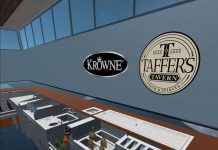