“The 2016 Peter F. Heering® Classic Challenge culminating in London against the backdrop of London Cocktail Week and the announcement of the World’s Top 50 Bars simply elevates and puts an incredibly bright spotlight on all of the creative efforts and talents of these elite bar men and women,” said Adéle Robberstad, CEO Peter F. Heering. “They have earned this stage and this recognition, they are Cherry Heering.”

♣     AUSTRALIA I Pita Dixon I Joe Taylor, Melbourne I “The Right Way”

♣     NEW ZEALAND I Laura Walker I Hawthorn Lounge, Wellington I “Blood From A Stone”

♣     SINGAPORE I Adriel Ang I Sarnies, Singapore I “Cherry-Let”

♣     SWEDEN I Carl Wiman I YUC Mexican, Stockholm I “Heering is Keering”

♣     UNITED KINGDOM I Grant Murray I Scotch and Rye, Inverness I “Brace Position”

Apart from the honor and media attention, all ten 2016 Peter F. Heering® Classic Challenge semi-finalists will receive airfare and four hotel nights in vibrant London, and they will all be part of the Global Heering Legend program filmed by bar legend Simon Difford – The Heering Legends on Diffords Guide. https://www.diffordsguide.com/producers/195/peter-f-heering-as

♣     Simon Difford – Simon Difford is one of the worlds most renowned and respected drinks experts. Simon writes and publishes the Difford’s Guide range of drinks related books, the best known being ‘Difford’s Guide – Cocktails’ with 3,000 color-illustrated recipes.  He is also the creator of London Cocktail Week, the UK’s biggest cocktail festival.

♣     Din Hassan – A veteran from the Singapore nightlife industry, Din’s experience behind the bar has been one of the most fulfilling and rewarding in our time. Din is one of the academy members of The World’s 50 Best Bars and Asia’s 50 Best Bars

♣     Charlene Dawes – Managing Director and Owner of Tastings Group Limited, overseeing six specialty bars & restaurants in the Central district, Hong Kong. One of them “Quinary” was named one of the “World’s 50 Best Bars from 2013 to 2016 by Drinks International Magazine.

HEERING liqueur is sold in more than 100 countries all over the world.

CHERRY HEERING® is an intricate and indispensable component of iconic cocktails such as The Singapore Sling and Blood & Sand, which is exactly how CHERRY HEERING® likes to be seen; as an accessory that adds lavishness, extravagance and civilization to the mix.

CHERRY HEERING® continues to evolve and recognize that even the timeless classics need a refreshing remake now andthen, thus CHERRY HEERING® has challenged the best of the best behind the world’s bars to create their own modern classic interpretation of The Singapore Sling and also possibly writing their name in the history of cocktails.

HEERING® COFFEE liqueur is made from a recipe using only natural ingredients and with no additives or artificial coloring. The base is a smooth blend of Caribbean rum, coffee and cacao. COFFEE HEERING® and CHERRY HEERING® are both OU certified. COFFEE HEERING® was announced as the Liqueur of the Year at the Annual Bar Biz Spirits Competition by the Editorial and Publishing Staff of Bar Business Magazine. 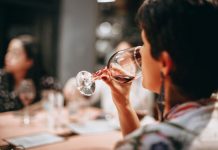 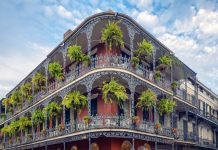 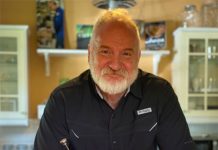