Home How To Security CAMPAIGN TO COMBAT UNDERAGE DRINKING

The New York State Liquor Authority and The Foundation for Advancing Alcohol Responsibility (Responsibility.org), a national non-for-profit funded by America’s leading distillers, recently launched a “No Excuses” campaign aimed at curbing underage drinking in New York. The campaign includes 15,000 display materials, in Spanish and English, which are being distributed to liquor licensees. Pictured in the photo at the New York City launch event – held at Philippe Liquors in Manhattan — are, from left, Vincent Bradley, Chairman, NYSLA; Brian Chevlin, Senior Vice President and General Counsel, Pernod Ricard USA (a founding member of FAAR with headquarters in New York City), and Ralph Blackman, President and CEO, FAAR.

Members from all three tiers of the industry united for the “No Excuses” effort, which drew support from New York State Gov. Andrew Cuomo and featured other launch events in Albany, Buffalo and Rochester. Speaking at the New York City launch event on behalf of FAAR member companies, Chevlin thanked all of the industry partners for their support. “We all share a common mission — ensuring that beverage alcohol is consumed responsibly, which means NOT to the underage.” He added, ”We will be watching the results of this program with great interest, as we believe it may be a best practice model that could be implemented in other states.”

The Foundation for Advancing Alcohol Responsibility (Responsibility.org) is a national not-for-profit that leads the fight to eliminate drunk driving and underage drinking and is funded by the following distillers: Bacardi U.S.A., Inc.; Beam Suntory Inc.; Brown-Forman; Constellation Brands, Inc.; DIAGEO; Edrington; Hood River Distillers, Inc.; and Pernod Ricard USA. Recognizing 25 years of impact, Responsibility.org has transformed countless lives through programs that bring individuals, families and communities together to guide a lifetime of conversations around alcohol responsibility and offering proven strategies to stop impaired driving. To learn more, please visit us at www.responsibility.org. 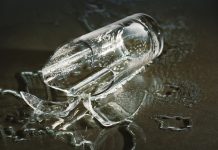 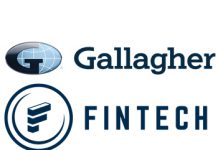 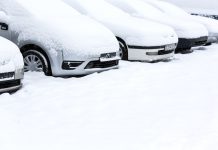