After more than a decade hiatus, hip-hop trio De La Soul hit the studio to produce their new album and the Anonymous Nobody… SPIN Magazine says “De La Soul have delivered one of their most ambitious and consistently rewarding albums” and and the Anonymous Nobody… “isn’t just an album that proves hip-hop elders are still capable of great work; it’s an LP that reaffirms De La Soul as standard- bearers from Gen-X rap artistry.”

To celebrate the release of De La Soul’s new album, AMI is giving one lucky fan a prize bundle that includes an autographed limited edition vinyl copy of and the Anonymous Nobody…, a limited-edition copy of the album on a USB stick, and a cool De La Soul t-shirt. Plus, 5 runners up will receive a copy of the album on CD. And now through September 7th, AMI users can enter for their chance to win by visiting any participating jukebox on the AMI network and touching the De La Soul promotional screen, directly through AMI Jukeboxes Facebook page by clicking on the Contest tab, or through AMI’s BarLink mobile app. Fans can download the app through the Apple or Google Play stores. Full contest rules are available through all three entry channels.

Be sure to check out De La Soul’s album on AMI jukeboxes. For more information about AMI’s digital jukeboxes and other products, check out amientertainment.com or follow them on Twitter. 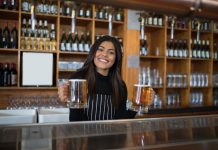 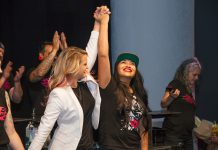 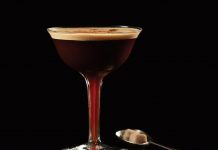