Home How To A/V The Results Are In: Don’t Let Social Media and Audio-Visuals Feud

In August of this year, Audio Everywhere and Bar Business Magazine sponsored two separate surveys in an attempt to obtain opinions and statistics from bar owners and operators on trending topics such as social media, digital signage and audio delivery. The studies were conducted via email to readers of two publications—one focusing specifically on sports bar/restaurants, and the other is the one you are currently holding your digital hands. Because of this methodology, we were not able to geographically segment our results, and therefore could not tell the difference between your average dive bar and, what you might call a “high-class joint.” (Hey look, there’s a time and a place for both, no judgment!) To encourage participation, we enticed participants with the possibility of winning an Apple Watch for completion of both surveys. There are, of course, countless surveys and reports on the world’s take on these issues, but, to our knowledge, not one on our particular sector of the hospitality industry. So now, we’ve collected all of our research into this report to give you a fuller picture of the 21st century bar owner’s experience and the modern consumer’s on-premise expectations.

Within the last few years, for better or worse, the internet has changed the way people communicate with one another. And few digital tools have dominated this landscape the way that social media has. We surveyed the use of sites such as Facebook and Twitter, and the web in general to try to better understand how frequently bar owners updated content to each of these platforms. As you might expect, an establishment’s website was updated much less frequently than their micro-blogging counterparts like Facebook and Twitter.

We also asked about Facebook “Likes”. Remarkably, 57% said they had paid for them, either through direct advertising, “sponsoring,” “post-boosting,” or a third-party. 26% said they acquired “Likes” by “asking nicely”—always worth a shot!—while the rest didn’t care about them at all. 38% of bars had their own app, using it for a variety of purposes such as menus, guest comments and feedback, or notifications of daily or weekly specials.

Another recent boon is the advent of technologies such as LED screens, projections, LCD monitors and HD TVs, all of which would be considered digital signage and, within the last few years, have all dramatically dropped in price, making this new market a 15 billion dollar annual industry. But because they are still seen as expensive, many establishments are still trying to wrap their heads around their purpose, high price tag and uncertain ROI. Thus, we found that 25% of owners surveyed had no interest at all in this sector, while 38% answered that they could “maybe” have interest “someday” (Don’t worry, we won’t hold our breath for that one, guys.) Almost 67% of owners had cooled to the idea of digital signage, a fascinating result given the popularity of it in other venues, and the fact that sports bars specifically are bright with acres upon acres of screens. On a positive note, 16% said that they were now investigating such things. Perhaps the most interesting result is that of the 21% of bars that already do have some form of digital signage, and 58% of this sample said that that they found it “quite useful,” but a rather large 42% said they find it “not too effective.” Digital signage clearly has work to do to convince the bar owner of its utility.

Fewer than 4% admitted to currently hosting paid advertising from local businesses with this technology and 46% said that they had no interest in hosting any at all, with 33% answering “maybe” and 17% expressing some form of interest in it. Here’s a bright neon digital sign for you: that’s a major untapped market just waiting for one brave digital soul to grab it.

Given Audio Everywhere’s business of delivering sound to smartphones from multiple TVs, our biggest interest was in this quadrant. Our systems stream audio over wi-fi from a muted TV to the patron’s phone via a free app. Through in-app offers and marketing, we’re able to avoid any recurring charge to the venue. Interestingly, we learned that 21% of bars only play music, never raising the volume for any televised games, while 79% played the volume for at least some games. More specifically, 19% always played some game out loud, while 50% allowed volume for major televised games, and 43% said they only turned the sound on for local games. 67% have had a customer ask for sound on a particular game at least once a week, and 38% of bars surveyed had experienced a customer leave because they couldn’t hear the sound on a game.

It’s our belief that the people most likely to listen to “Wi-Fi Audio” are those that are in the bar by themselves (“Loners”). Because of this, we asked how bar revenue broke down among loners, couples and larger groups. While the overall distribution tended to be about even at 33% per group, the variation among bars was all over the place, with loner revenue spanning from almost nothing to over 90%. Where do you think your bar falls on these charts?

Of course, all of the responses were just estimates from the owners’ individual perspective and memory, and undoubtedly can include biases or even a lack of information. For example, some customers may like to let it be known exactly why they’re leaving the establishment; but the majority do not. Therefore, these percentages are just customers the owners knew about. And one can be sure that for everyone who complained or left loudly, there are even more who left quietly, without the owner ever knowing why, which could potentially make these numbers even higher. We hope that you found this information useful, as we feel its certainly something to think about! 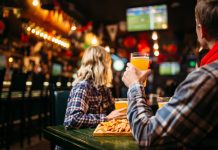 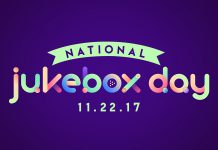 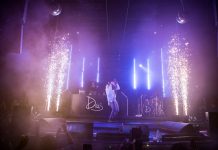