Home How To Annual Tequila Party

Casamigos Tequila threw their annual “Brought To You By Those Who Drink It” Halloween party at the home of co-founder Mike Meldman on Friday night in Los Angeles. Upon arrival, guests participated in the famous “Casamigos ice shot” by taking a shot out of ice made shot glasses and throwing the empty shot glass at a bell hanging in the entryway.

Decor elements were influenced by Casamigos co-founder, Rande Gerber. Guests celebrated in an environment featuring custom painted skulls, gravestones, a photo-booth and shrines honoring the dead. Signature cocktails served over a custom built Casamigos bar, made from reconditioned Casamigos barrels, including the Casamigos Margarita, Casamigos Paloma and Spicy Cucumber Jalapeño Margarita, were enjoyed throughout the night. Guests also sipped on chilled mini bottles of Meldman, Gerber and Clooney’s award-winning Casamigos Reposado, Blanco and newly launched Añejo tequila. A number of taco stations serving fresh tacos during the party were positioned around Meldman’s home. Everyone stayed hydrated by sipping on DripDrop. 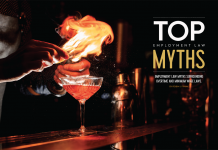 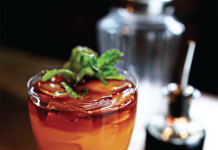 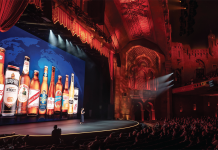