Bodega & Company is rolling out its new LOLEA N.3 sangria late this month, launching initially at Whole Foods Markets in Southern California and expanding to other markets soon.  N.3 follows Sangria Lolea N.1 and N.2, the red and white frizzante versions of the traditional Spanish beverage that arrived in the U.S. last year.  The concept captures the burgeoning trend for sparkling white wine enhanced with flavorful ingredients to celebrate the Holiday season ahead. Lolea N.3 starts with a base of brut white wine combining natural flavors of wild apples, cinnamon and elderberry flowers in a sparkling sangria. The new Spanish import, available in 750 ml bottles, is priced from $14.99 to $19.49.

According to Miriam Cloquell, Managing Director at producer and importer Bodega & Company, “LOLEA N.3 is the next stage in our mission to bring to the U.S. authentic Spanish sangria suited for gourmet American tastes.  The first branch of our program was Sangria Lolea N.1 and N.2 in its red and white wine versions and now with N.3 we have a new refreshing LOLEA, clear and brilliant with the character of Cava sparkling wines.”

Pulling inspiration from its region of origin, LOLEA N.3 combines tradition and culture to create the ideal ‘brut’ cocktail. The mild taste is derived from the reduction of the wine with green apple, cinnamon and elderberry flowers resulting in a fresh tart flavor, slightly sweet with a fresh aftertaste and lingering aromas of the natural flavors.
“Our customers want to experiment with Lolea and try all three versions to suit the occasion and their mood,” says Cloquell.  Adding that price-wise, LOLEA N.3 is an alternative to traditional white wines while offering something new that appeals to wine drinkers and cocktail enthusiasts.

LOLEA’s packaging has been widely applauded and collected several accolades: honing in on every detail regarding all aspects of design, including the vessel shape, its eye-catching sleeve label, and a consumer friendly swing top cap.

With increasing distribution throughout the country, Sangria LOLEA has received great reviews since entering the country. 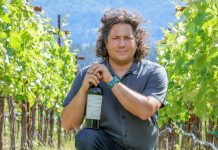 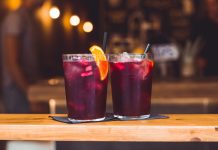 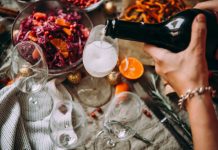