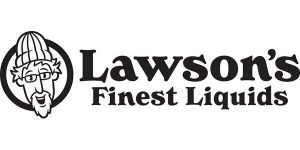 Lawson’s Finest’s flagship IPA, Sip of Sunshine, will once again be available all year long, and beginning March 1 it will be joined by its juicy, fruit-forward cousin, Little Sip, which was just announced as the brewery’s latest year-round beer. Additionally, Lawson’s Finest will be offering several new varieties of its Super Session IPA series throughout 2021, along with the brewery’s six specialty releases, which will be distributed across the Northeast on a rolling basis in short, seasonal stints.

The first changeover in the Super Session series will come in March when Super Session #5 makes its debut. With Cashmere hops as the star of the show, the brand-new Super Session #5 boasts full malt flavors and an assertive hop character thanks to the copious amounts of Cashmere hops that get added late in the kettle and also in dry hopping. The wildly popular Super Session #8, made with Mosaic hops, will make its return in May before Lawson’s Finest’s August transition to the Centennial-hopped Super Session #4. The year will conclude with the October debut of Super Session #3, a beer that will showcase Comet hops, another new varietal in the series.

Similar to the rotating release schedule of Super Session beers, Lawson’s Finest’s specialty beers will be making appearances across the brewery’s distribution territory at set times during the year. Knockout Blonde, a hoppy blonde ale featuring a flavorful blend of North American malts, will be distributed in April and May, and it will be followed by the release of two refreshing pilsners. Beginning in May, Lawson’s Finest will distribute its Scrag Mountain Pils, which is inspired by the traditional Czech pilsner style. At the same time, the brewery will launch its special Scrag Mountain Pils Salt & Lime, affectionately known as “Scragarita.” In July and August, Hopcelot, an IPA made with eight versions of hops from around the world, will be made available. Rounding out the year will be a September release of Kiwi, a double IPA made with New Zealand-grown hops, and a November release of its juicy, floral triple IPA, Triple Sunshine.

Beyond its Super Session releases and specialty beers, Lawson’s Finest is proud to make Sip of Sunshine and Little Sip available in all nine states throughout the year. Sip of Sunshine, the brewery’s beloved flagship beer, is a lupulin-laden IPA that is packed with tropical fruit character, bright floral aromas, and delectable layers of hop flavor. Sip of Sunshine’s emerging cousin, Little Sip, is a balanced, crushable, and thirst-quenching IPA that boasts notes of grapefruit and pineapple.

Lawson’s Finest has made its full year-round distribution calendar available, and customers looking to find nearby retailers that carry the brewery’s beer can always visit the “Where To Buy.”